Have you ever considered why we celebrate a holiday on the 4th of July? Yes, we all know it is to commemorate our independence, but why the 4th? It’s history time.

The legal separation of the Thirteen Colonies from Great Britain in 1776 actually occurred on July 2, when the Second Continental Congress voted to approve a resolution of independence. After voting for independence, Congress turned its attention to the Declaration of Independence and debated the wording of the Declaration, approving it two days later on July 4.

Luckily for us 242 years later, the debate didn’t go until the 6th. This year, July 4th offered terrific parade weather, but poor us if we had waited until the 6th for that heatwave we just experienced! 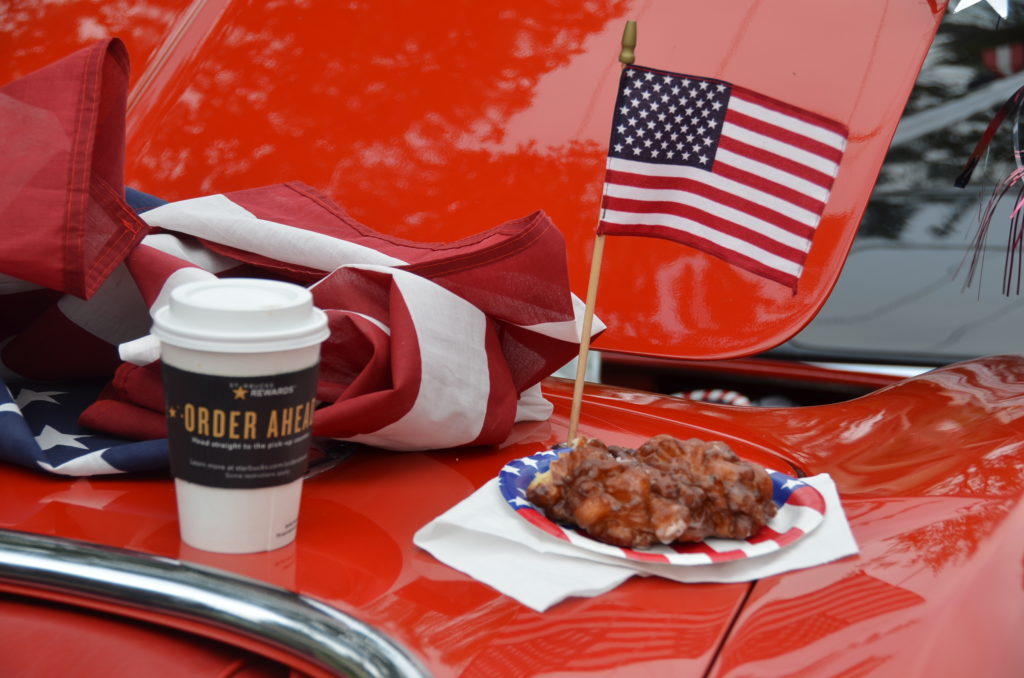 Our club is traditionally well represented in the annual Santa Clarita 4th of July Parade and 2018 was no exception. Twenty-five gorgeous Corvettes, representing all seven generations gathered on Newhall Avenue to decorate with all sorts of bunting and flags in preparation for our turn to pass in review. The challenge of the morning was getting past all the cones, barricades and guards to get to our start location. Next year, we just have to assemble a little earlier. 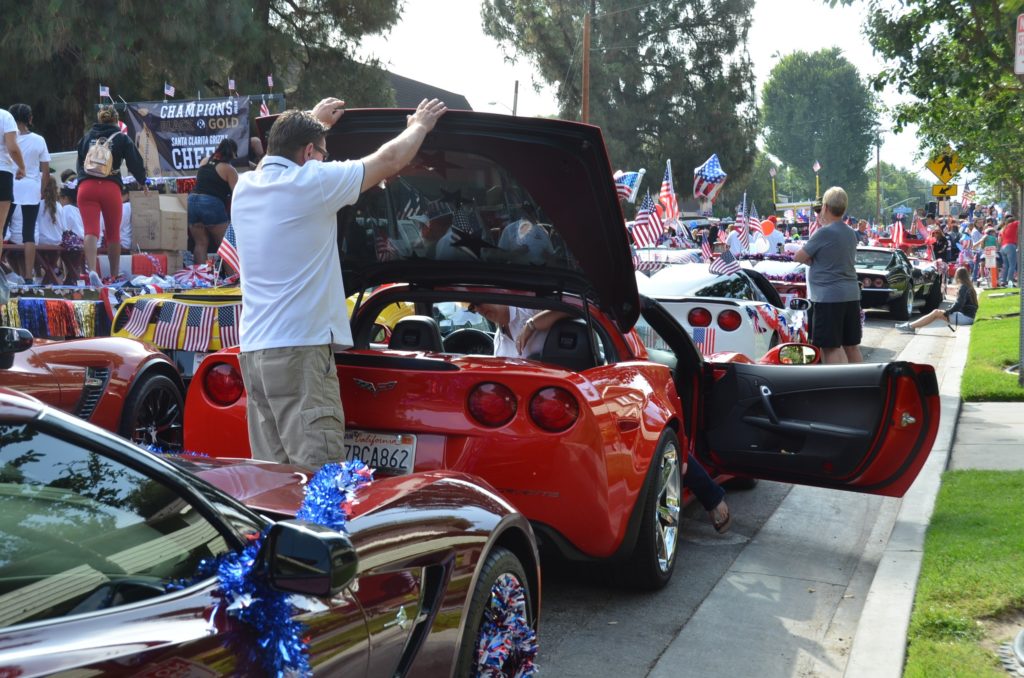 Once we were rolling sometime after 9 AM, we all witnessed an exceptional welcome and cheering as we passed the tremendous number of spectators assembled along the route. Reports are that this year’s attendance surpassed previous attendance and was well over 26,000. 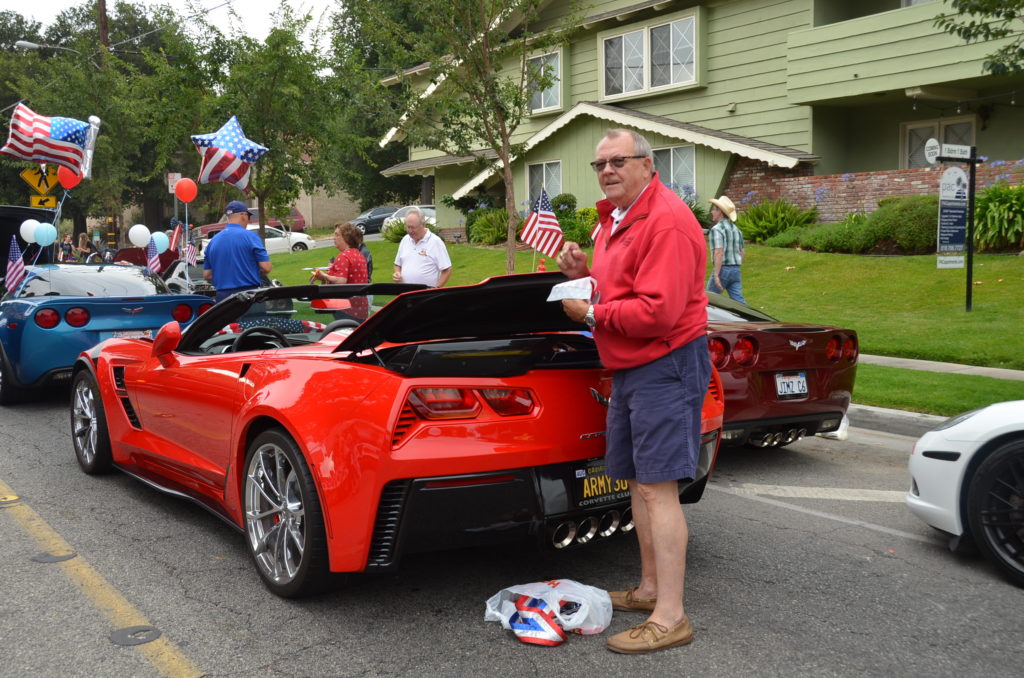 This year’s parade theme was “It’s a Grand Old Flag” and our club took the theme to heart with the grand showing of flags decorating our Corvettes. The parade route was the same as in years past, beginning on Main Street in Old Town Newhall, then on Lyons Avenue and onto Orchard Village and 16th Street to the finish. 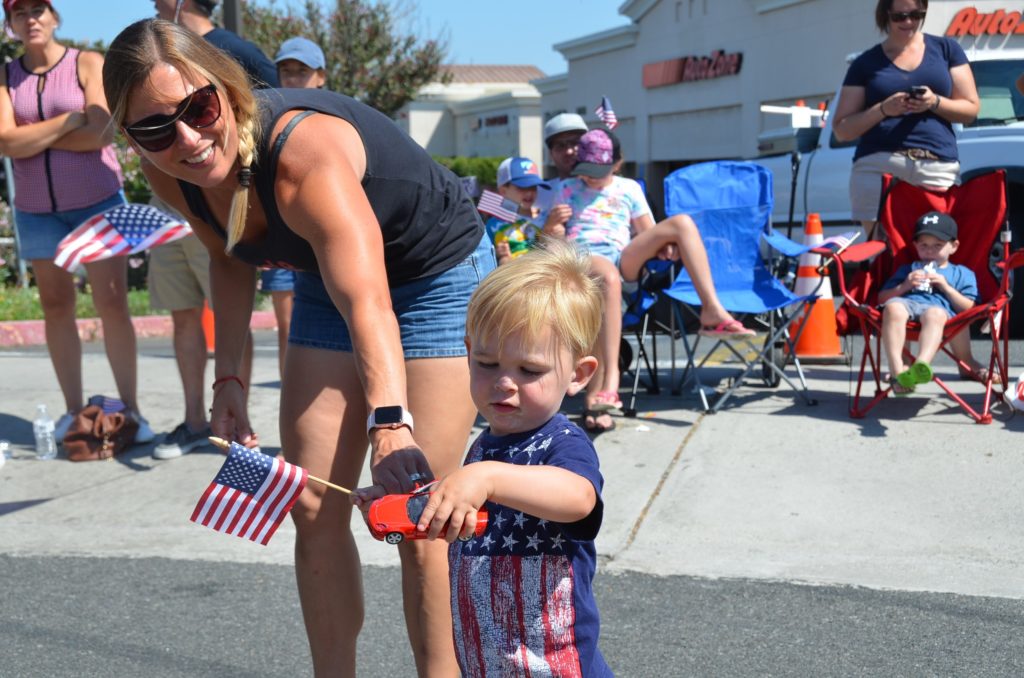 There were only two known mishaps, both minor. Dwight’s C1 understandably got a bit hot and yours truly lost his club flag along the way. We will all be fine though! 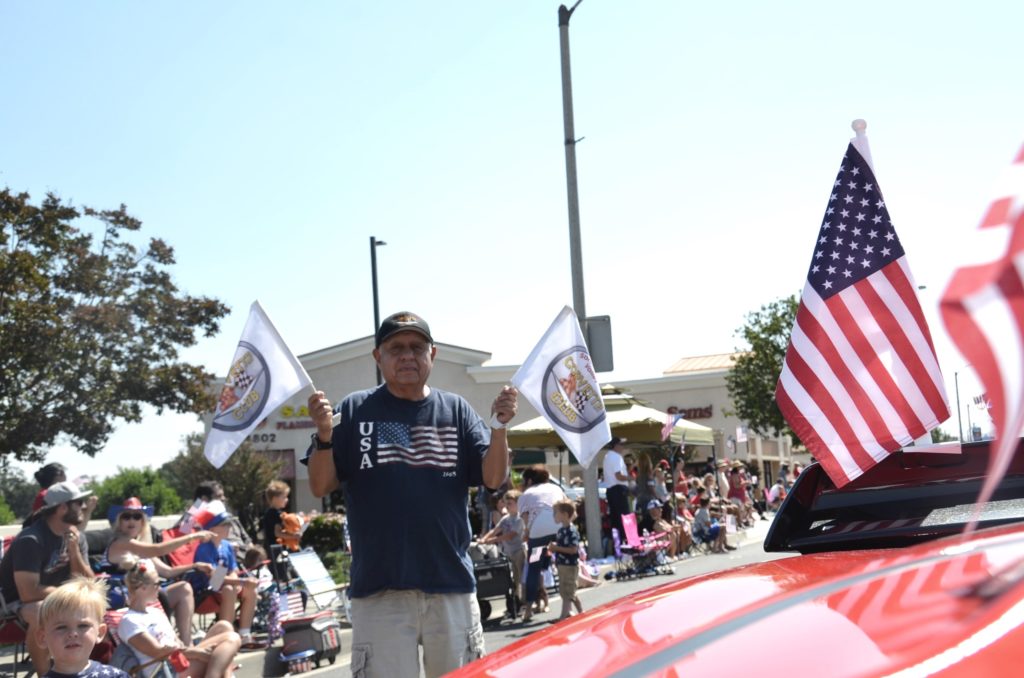 As in years past too, we had to continue our tradition of “drive and eat” and this year returned to Margarita’s Mexican Restaurant to enjoy a meal together and to critique our parade experience with each other and other club members who chose to be spectators this time around. There might have even some who enjoyed Margarita’s margaritas too!

The parade was finished and the bunting was back in storage when the news was published in the local paper. Once again, it was announced that the SCVCC was awarded First Place in the Car or Motorcycle Club category. Well done and well deserved! PS, the official report shows sunny and 79˚ for the end of the parade on the 4th. At same time on the 6th, It was 112˚!

From the Driver’s Seat – June2018 Taste of the Town: Cheesecake Factory