“There’s no reason to become alarmed, and we hope you’ll enjoy the rest of your flight. By the way, is there anyone on board who knows how to fly a plane?”
—Elaine Dickenson, from the movie Airplane 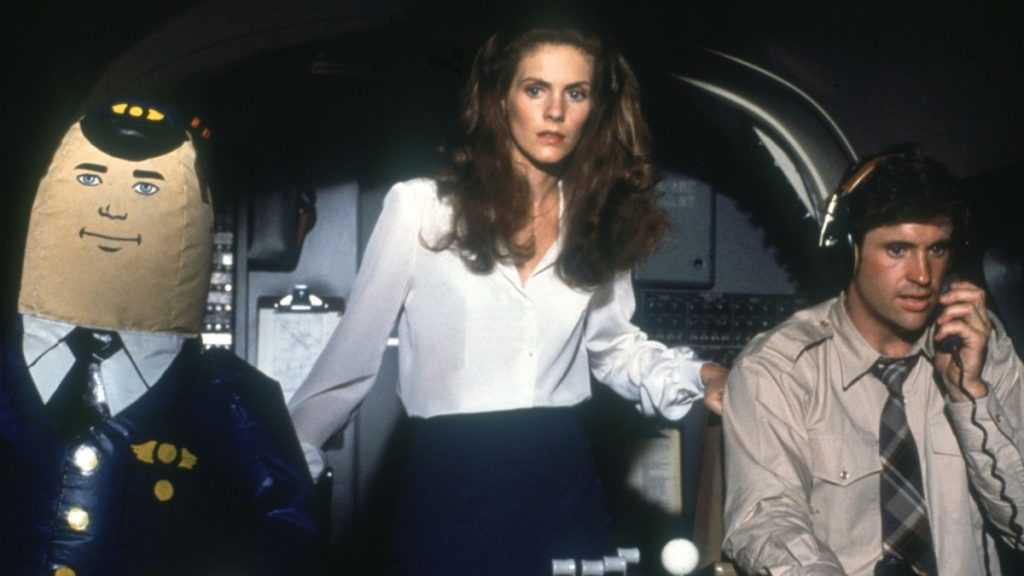 It was Saturday afternoon when the Santa Clarita Corvette Airwing responded to reports of Bogeys in the skies over Anaheim, and the promise of a fun and unique adventure. 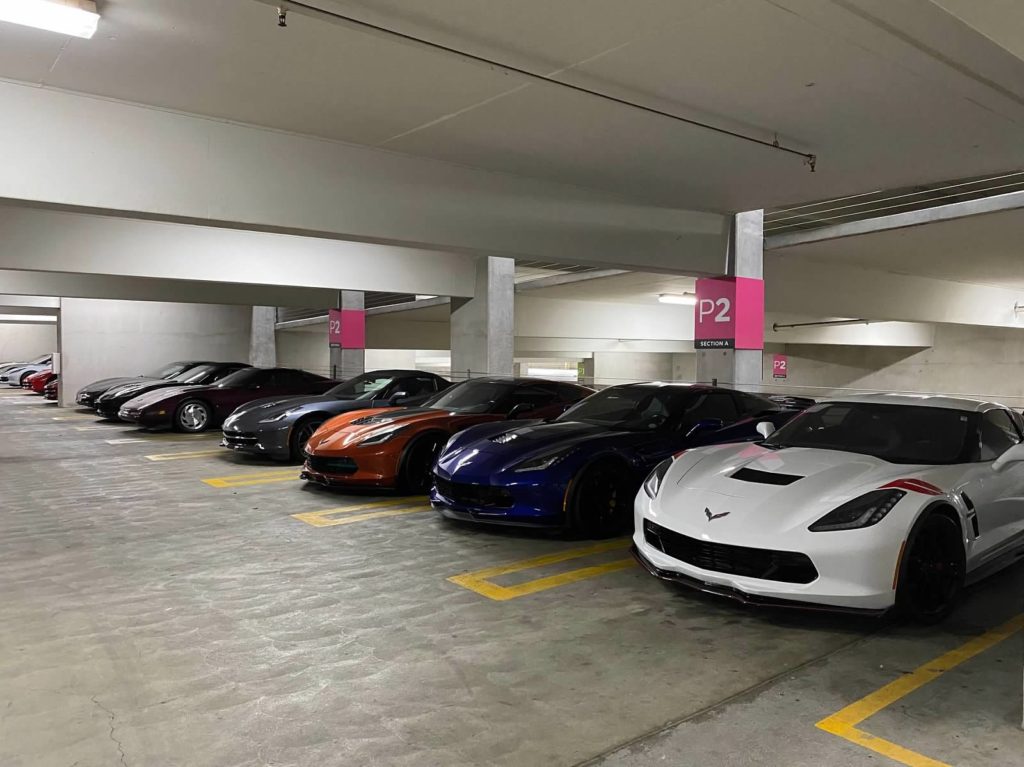 Once the squadron of Corvettes arrived, the pilots and their crews gathered in the officers’ lounge and briefing room where they were given their mission…defend Disneyland airspace! 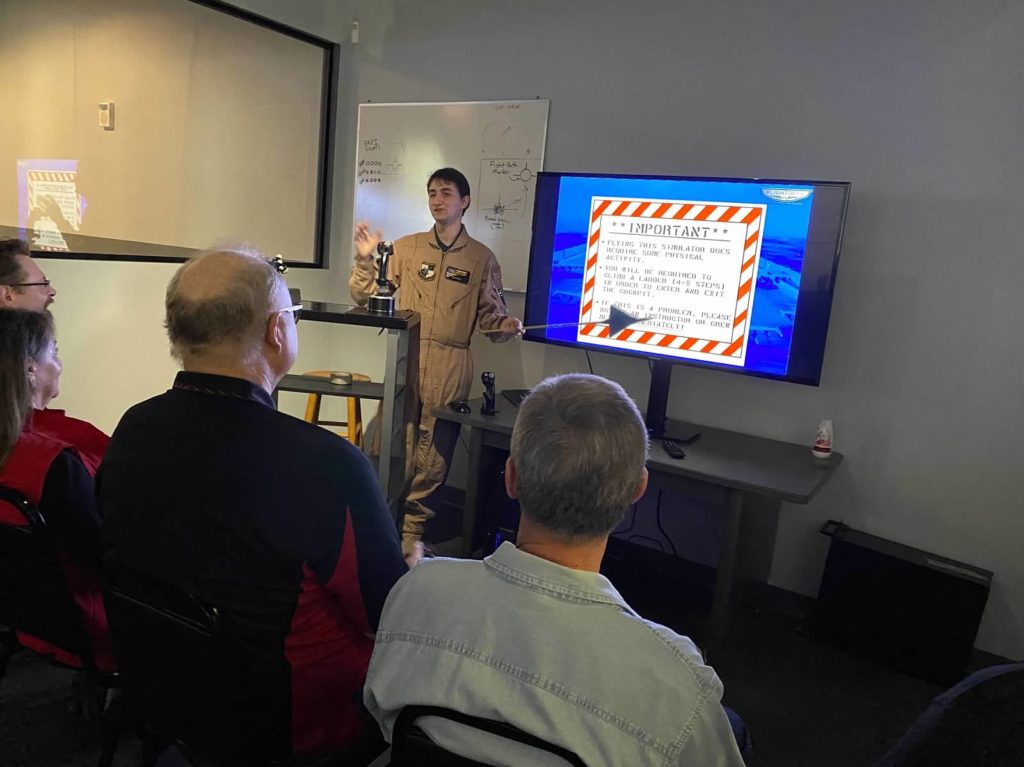 Following a mandatory ground school, the pilots put on their zoom-suits, cool-looking headsets, and their best Captain Kirk personalities. Once briefed as part of the Great Pumpkin’s battle plan, they climbed into their E-Ticket rides, the F-16 Viper simulators, and prepared for takeoff. 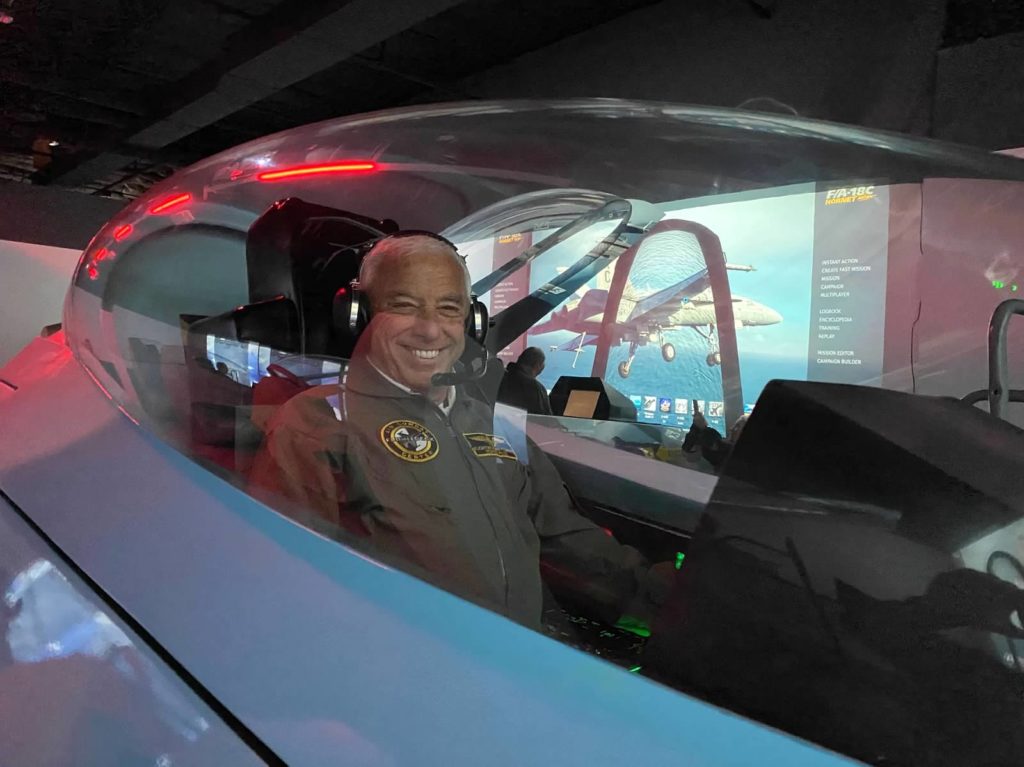 With the adventure about to begin, and clearance from the tower, they spooled-up their engines and launched their lawn darts into the clear blue skies over Space Mountain. 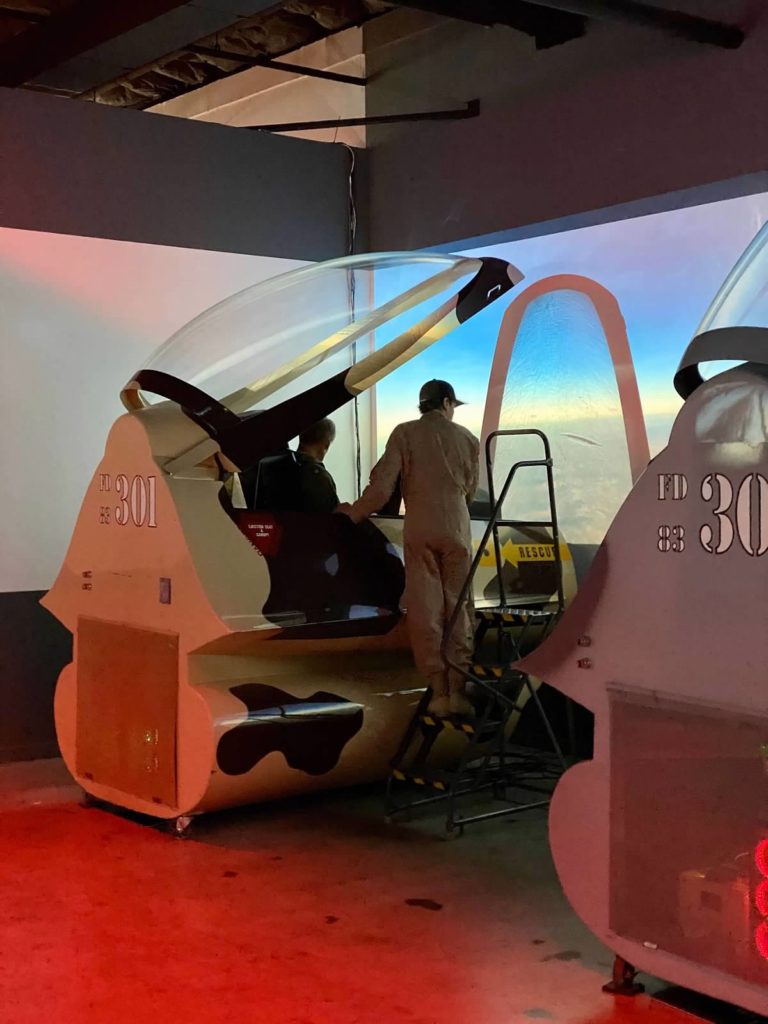 With the sortie underway, it wasn’t long before they had bandits in their sights, and the dog fight commenced. Shortly after there was a roar and thunder that men have never heard, and it was the scream and the sound of a big war bird!

Back on the ground, the flight crews witnessed all of the live action feats of aviation bravery via the wall of flight monitors. They watched while the flying aces made short work of the invading MiG’s as they fired once, and then fired twice, and the Bloody Red Baron went spinning out of sight! Once again leaving Anaheim and Adventure-land safe for all the good citizens. 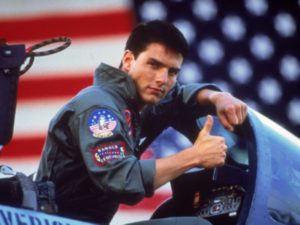