With a rainy January almost behind us, it was finally time for our first club run for 2019 and our Activities Crew had a much-anticipated Mystery Breakfast Run arranged for us. Nobody but the planners had a clue about the destination, not even your writer.

January 27th gave us a gloriously beautiful morning with jackets only optional wear. As I pulled into the Chuy’s lot, well early of the start time, I found over a dozen Corvettes already assembled with nearly that many arriving soon thereafter. The SCVCC was eager to hit the road for parts unknown. Was it “drive to eat” or “eat after the drive”? I say the latter, with everyone ready to roll. 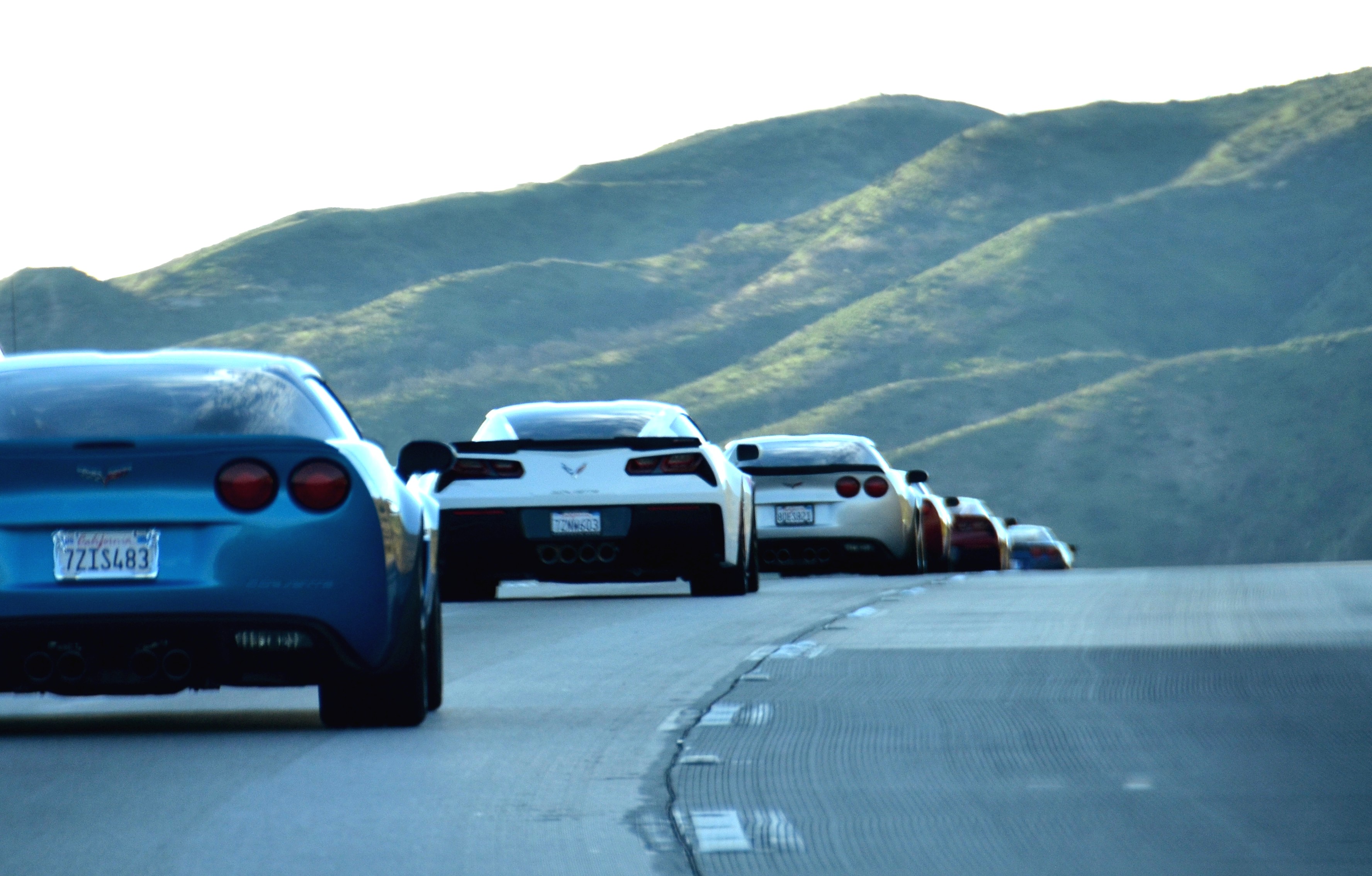 The headcount totaled 42, with 22 Corvettes, as Donna Webster briefed us on our route, but not giving a clue about our destination. We followed our instructions and the four taillights in front and drove south on I-5 and then transitioned to I-210 into Pasadena, then east on the 210 until we exited at Myrtle to turn north. The route was familiar and many of us figured Jake’s Roadhouse in Monrovia was where we were going. 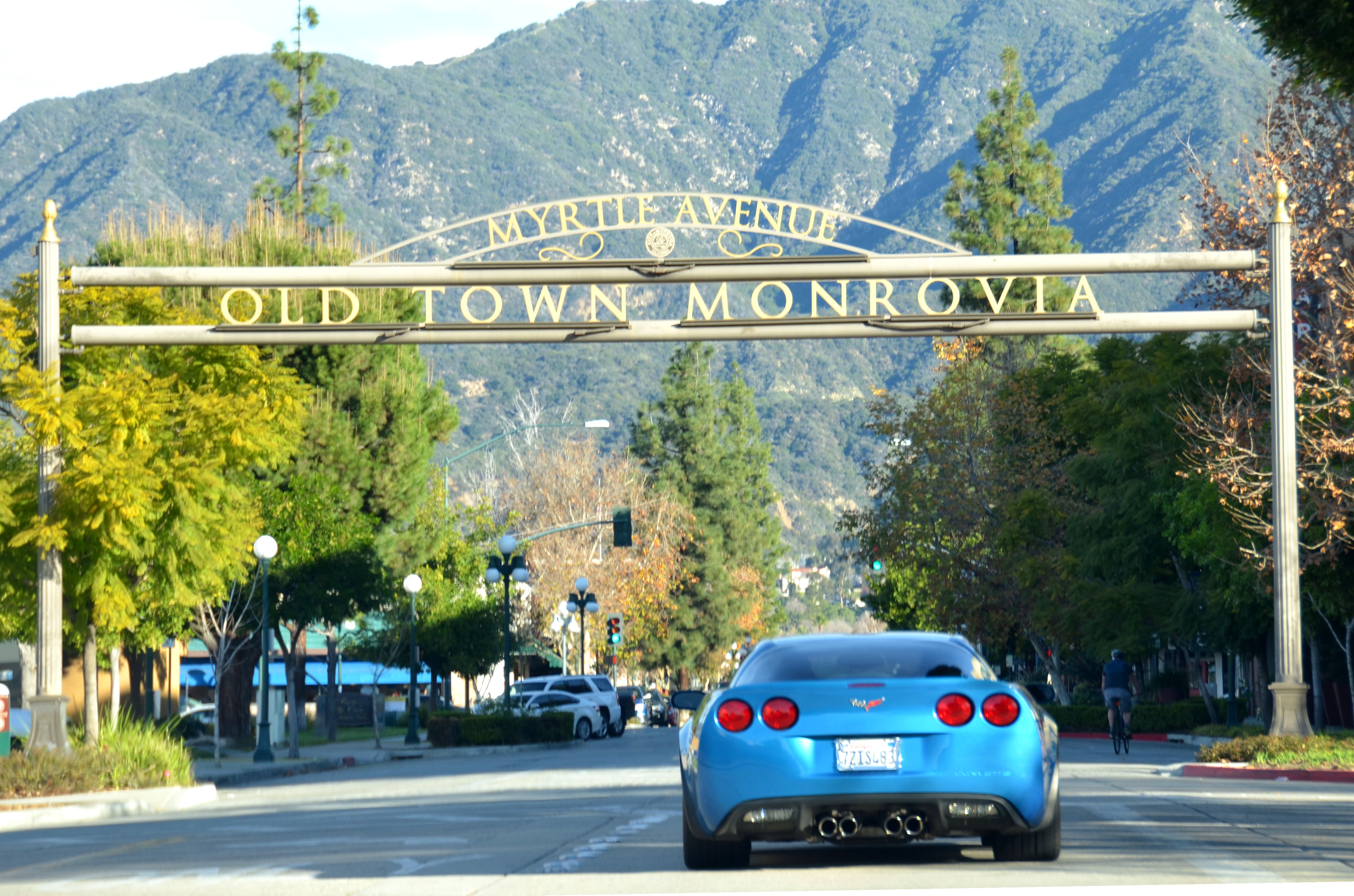 Jake’s is a great destination, famous for their lemon raspberry pancakes, but also specializing in barbecue foods and sandwiches along with a friendly staff and never-ending buckets of peanuts. 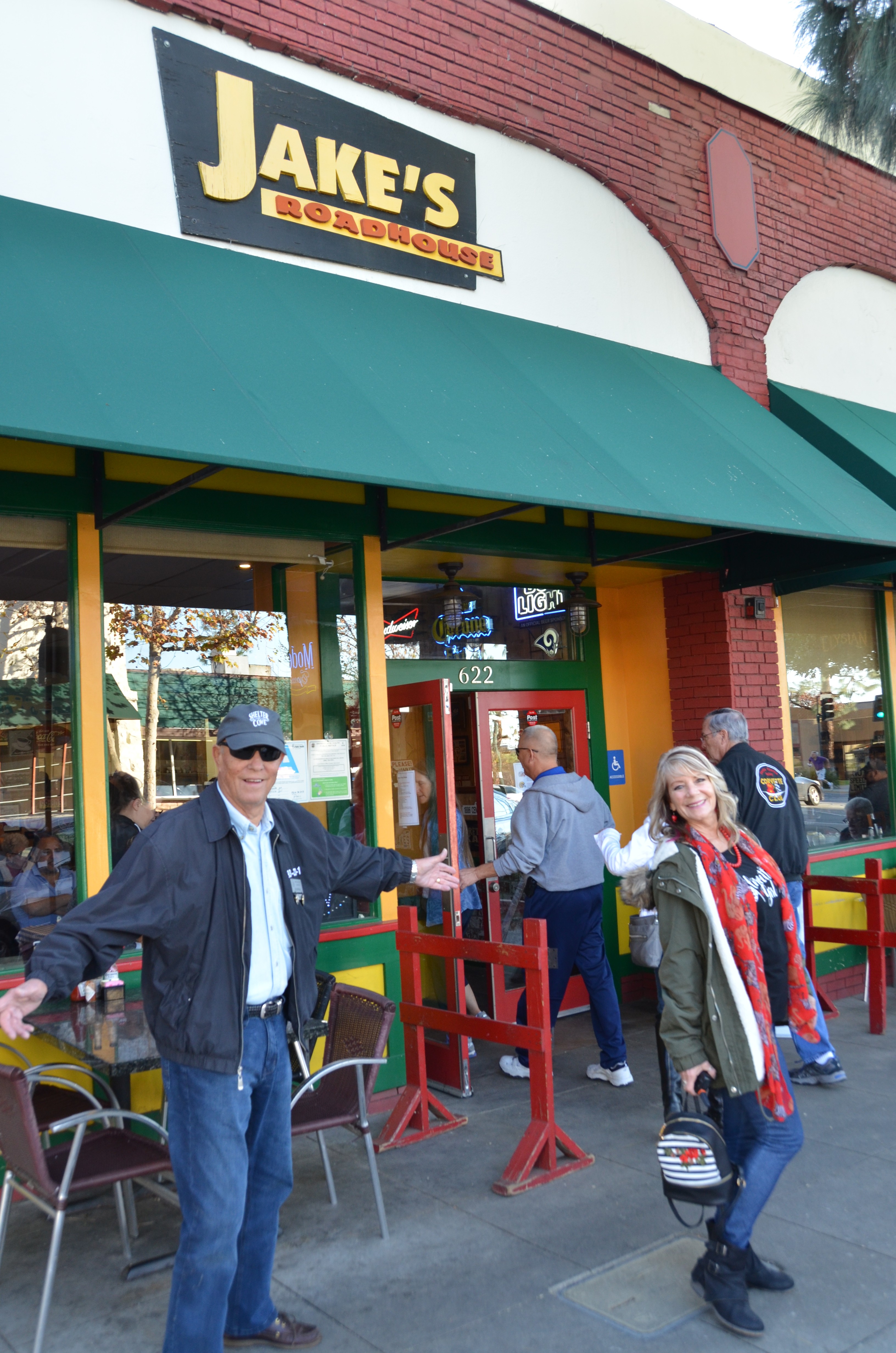 Jake’s was new to many of our group , but for those of us who have eaten there before it was a treat. Living in Awesometown, Monrovia has an old-town flavor we don’t often experience. Our early arrival afforded us plenty of seating for a leisurely time together and as we completed our breakfast time, the confirmation about Jake’s being a great choice was seen in the waiting room and outside with scores of people waiting to be seated.

Thanks to our Activities Committee for the trip back to Jake’s and a big thank you to Jim and Donna Webster for their first run as caravan leaders, well done. Also, thanks to Ed Hoffman for handling the tail-gunner position and not losing anyone.