Imagine a car show with no judges and no trophies. A show where every car is a winner. That is exactly the show that took place at the Four Points Sheraton over the weekend of July 20 – 22 at the Ventura Harbor. We are all members of our terrific Santa Clarita Valley Corvette Club where members own and enjoy Corvettes representing all seven generations, but in our midst, several members have in their corral some mighty fine C1 cars.

The C1s roll out when weather permits, not too hot and not too cold. They lead our entry in the annual July 4th parade. And their ownership is the key to membership in another terrific club, the Solid Axle Corvette Club (SACC), whose membership is open to owners of 1953 to 1962 Corvettes. 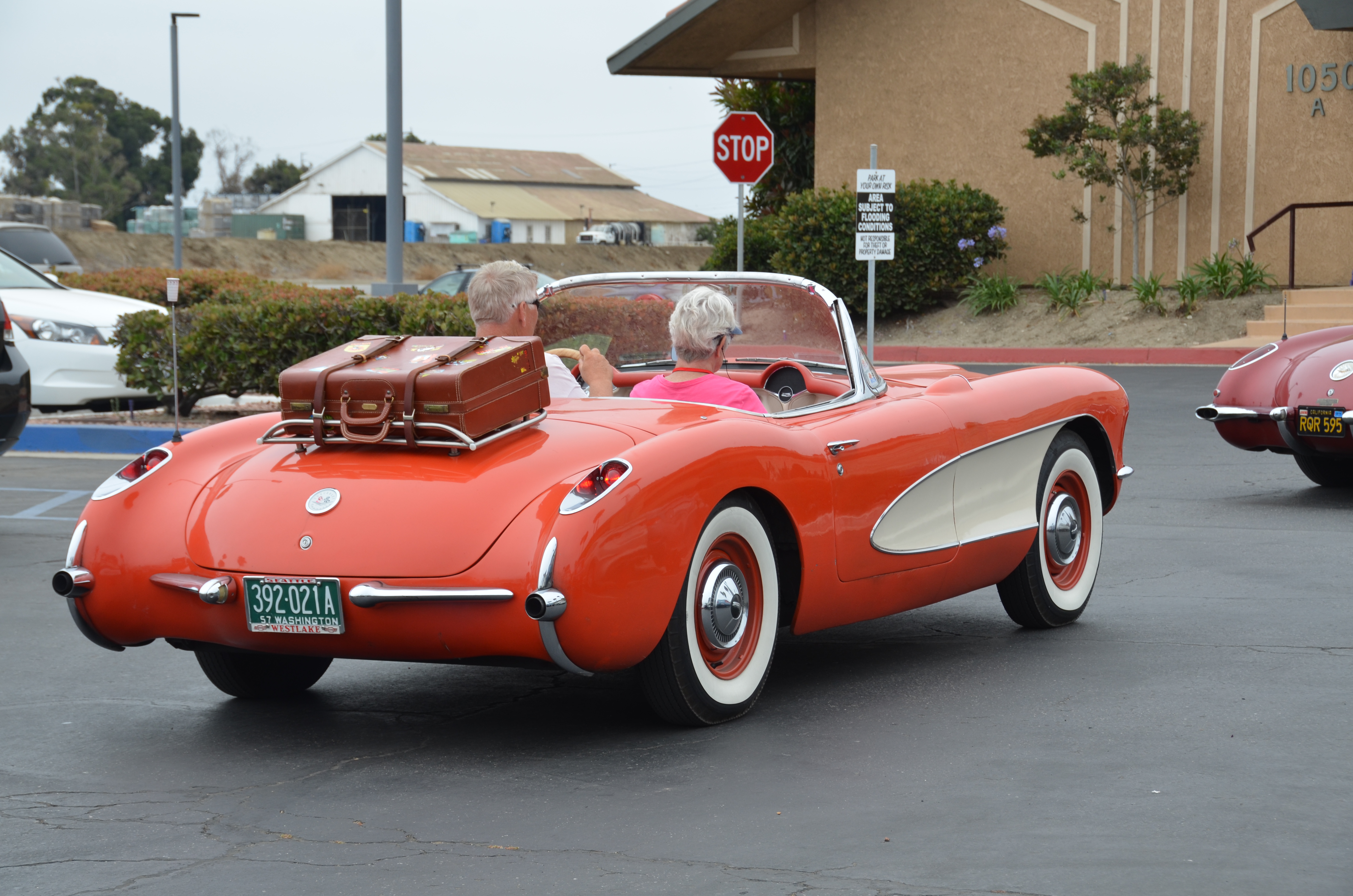 The SACC was formed by enthusiasts who enjoy the uniqueness of the C1s. The club has six chapters (Northwest, Mid-Atlantic, Great Lakes, Central Great Rivers, Southern California and Arizona). The club features get-togethers, a National Convention and an excellent quarterly magazine (On Solid Ground). The National Convention rotates between the regions each year and this month the event returned to our area, hosted by the Southern California Chapter.

This year’s convention in Ventura featured 61 C1 Corvettes in attendance with not only local SACC members cars, but also a large caravan from the Pacific Northwest and members from Missouri, Illinois, Texas, Florida and even Massachusetts to name a few.

The meet included a caravan from Ventura to the Mike Malamut Museum in Thousand Oaks and a Harbor Cruise in Ventura Harbor, informative Tech Sessions and special old-time Corvette racers telling us all how it was at the track in the ‘50s. Besides all that, there was plenty of time for owners to kick tires and compare notes about their passion, their C1s! 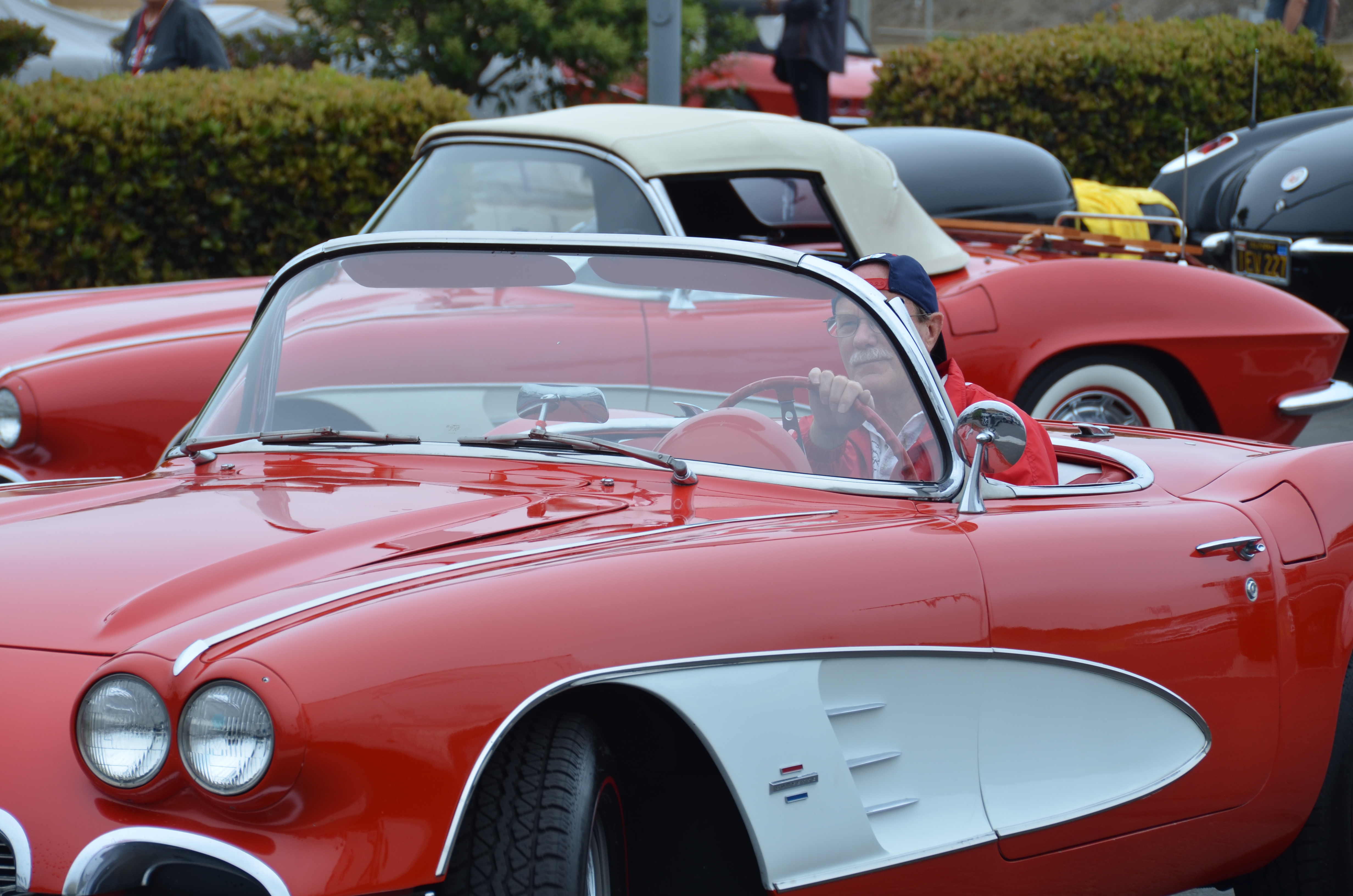 It’s not often we actually see a C1 on the road like we did in the days of American Graffiti, but a few of us in the SCVCC are still living the dream, driving our C1s whenever possible. The Ryans with their ‘54, the Fulmers with their ‘57, the Nolans with their ‘60, the McDonalds with their ‘61 and the Woodings with their ’62 are the current C1 people. We have to include the McCloskey’s in the count too with their longtime ties to C1s and the SACC and “Clutch’s” wealth of knowledge about the old Corvettes that helps us all to keep them on the road!

With that said, there was plenty of interest among our SCVCC membership in seeing all of the C1s gathered at the convention in Ventura. Yet another reason for a run in the more modern ‘Vettes and maybe even a surprise breakfast enroute. 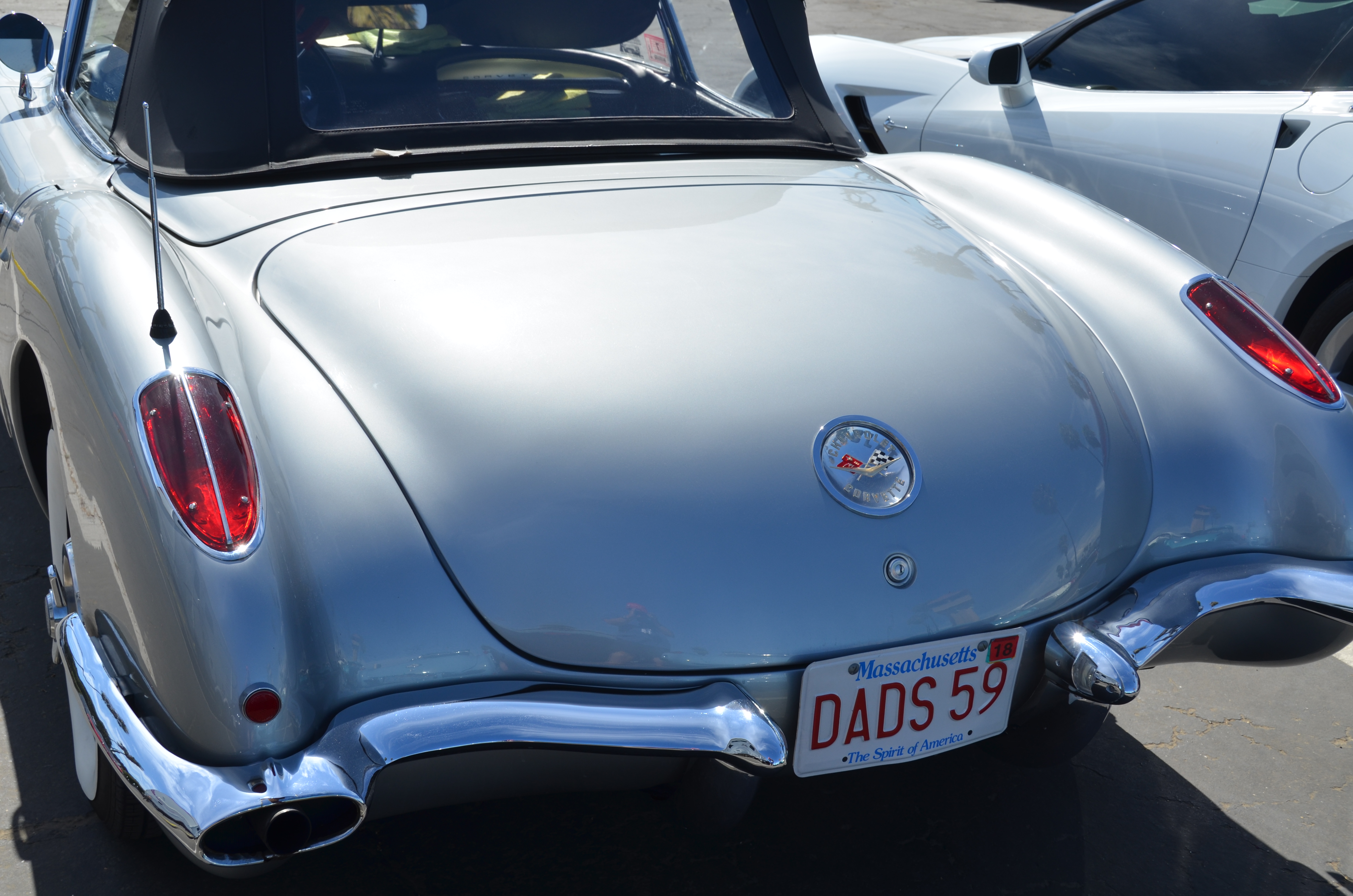 On Sunday, the 22nd, while many of our SACC people were attending a tech session and still many more were hanging out with their C1s in the “corral”, another sight to behold rolled off Harbor Drive and into the lot with over 20 Corvettes from the SCVCC arriving en masse to check out the old-timers there, and their C1s too!

As mentioned earlier, every Corvette at the convention was a winner and with the arrival of the SCVCC Corvettes, a score more winners were added to the collection according to hotel guests and other passersby checking out all of the activity and fiberglass in the lot.

In 2019, the SACC National Convention will be in August in Detroit. Keep abreast of the details as they unfold and maybe some of us can even include the convention with the Bowling Green Caravan. In your dreams, you say. I say it can be done. Just ask this year’s attendee from Massachusetts who drove her ’59 over 3,000 miles in a six-day trip…by herself! No wimps in the SACC!

Taste of the Town: Cheesecake Factory My C7 Update – Part 3