Sure, you can buy your pumpkins at Ralph’s or Von’s or even cheaper at Walmart, but chances are you will not be hauling them home in your Corvette. 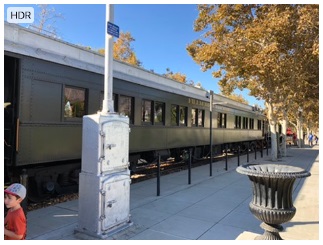 Our Activities Team came up with a solution for all that with the  Fillmore & Western Railway PumpkinLiner run on Saturday, October 19th.

Six Corvettes comprised our caravan which headed west on CA-126 to Fillmore at a respectable 9:30 AM start for a ride on the vintage train to the Santa Paula Pumpkin Patch.

The event gave us our money’s worth with a half-hour ride to cover the short 8-mile route.  A lot happened in those 8 miles though, almost leaving an opening on our board when, in near slow motion, an oak table did its best to do-in our own Donna Webster before we even pulled out of the Fillmore Station. 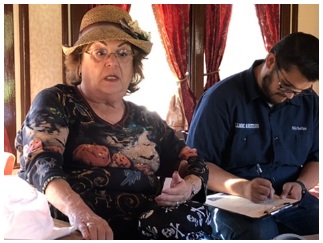 Normally, the “you break it – you buy it” rule would apply, but that darn attack-table would not fit in the rear of the Webster Grand Sport.   After the OSHA incident report was completed we were off at a snail pace with break-it rule forgiven. 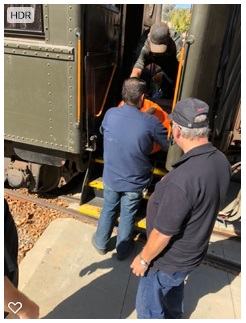 Donna still was still anxious to fill the rear of the GS, so upon arrival ay the Pumpkin Patch, she went about requesting the largest pumpkin in the patc 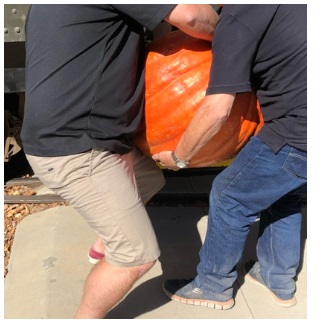 All worked out and the pumpkin was loaded.

The rumor is that while Jim has not begun his quest to purchase a new C8 mid-engine soon and was quite happy to drive his C7 “mid-pumpkin” model back to Santa Clarita. 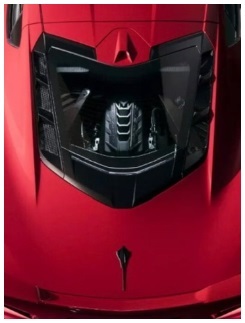 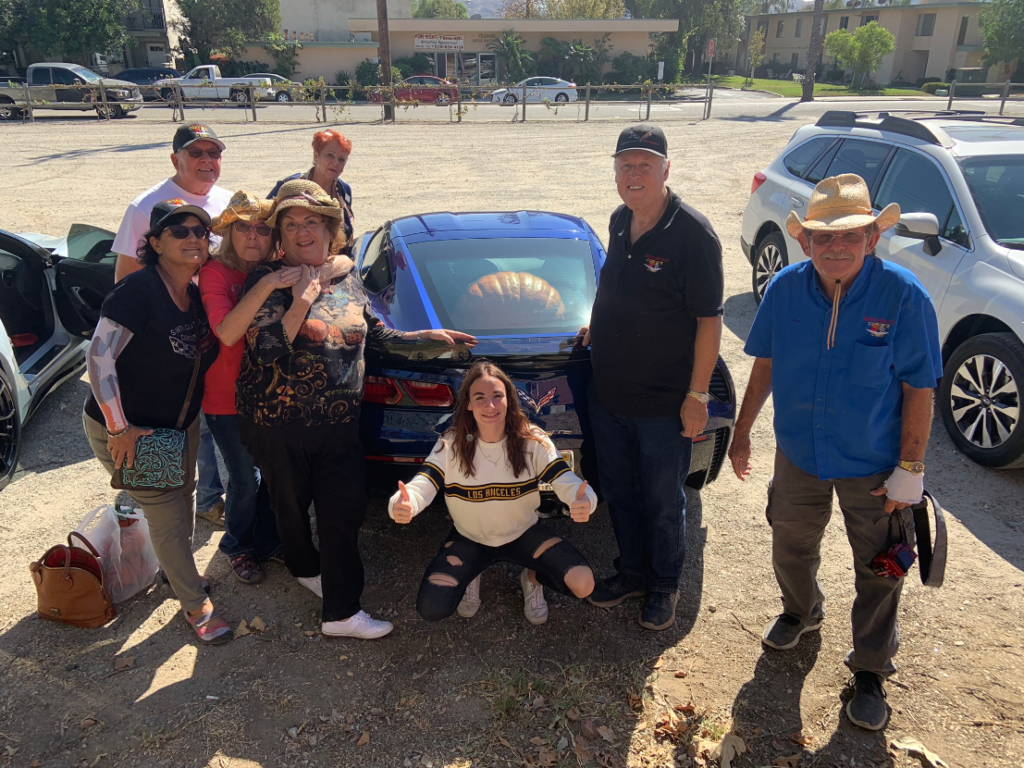 Many of you missed a fun time together, but you may actually have been wiser for taking the SUV to Ralph’s or Von’s or even Walmart for this year’s pumpkins.

By the way, that 44-pound monster looks pretty darn good on the Webster porch! 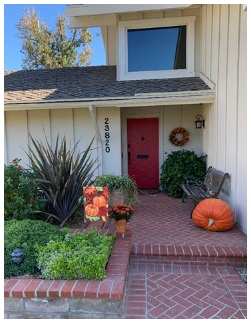