Late on a warm Sunday morning, we gathered in the shade of the Walmart parking lot trees, where we met for a little social time before heading off to Ventura for our miniature golf adventure. 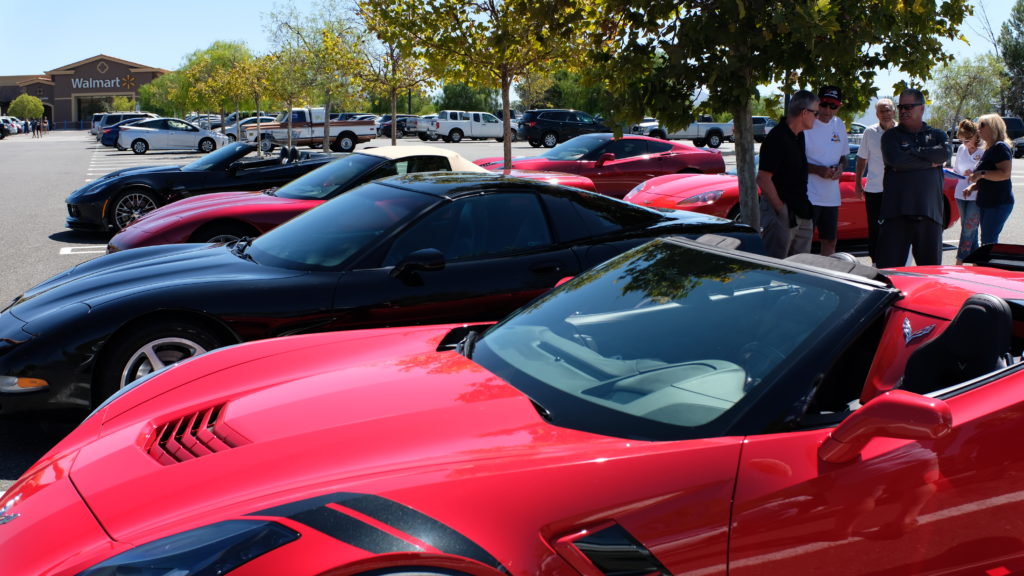 We cruised down Highway 126, into the only slightly cooler weather along the coast, where we were welcomed with plenty of easily accessible parking at the Ventura Golf n’ Stuff amusement park.

After checking-in with the staff, we met our golf pro, and were promptly fitted with our club and individually colored golf balls that would be ours for the rest of the day – providing we could find them. Then, dividing into teams of mixed doubles, we headed off to the first carpet covered tee box. 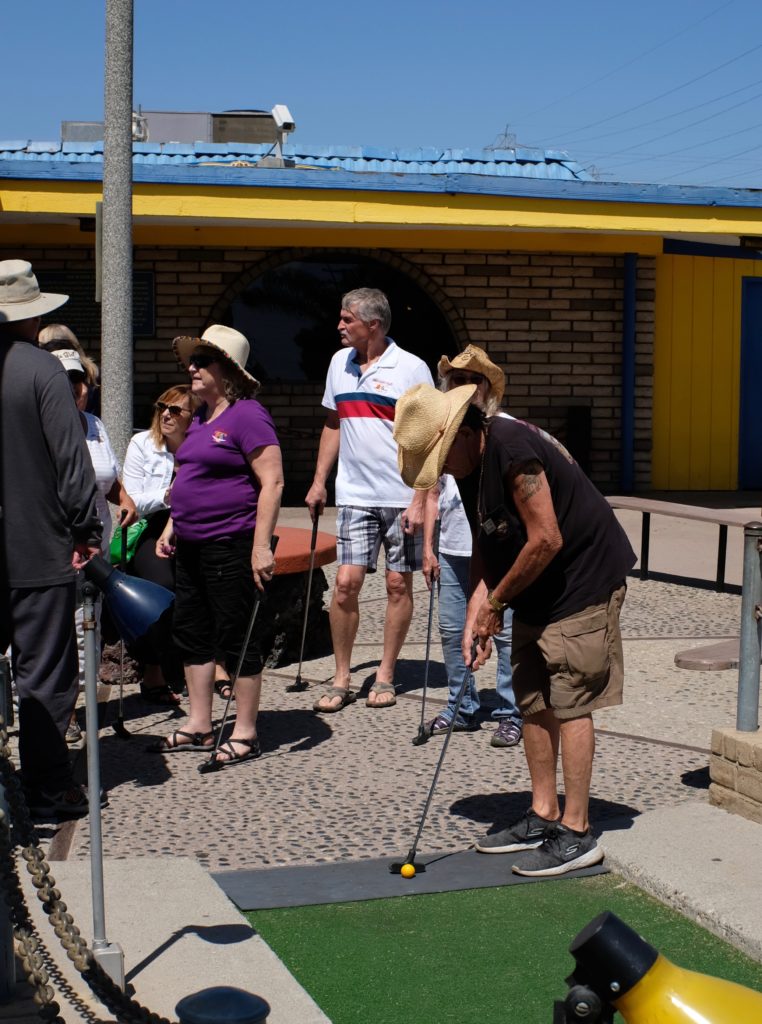 Because the groups quickly stretched out along the links, it was difficult to keep track of how everyone was doing. But hearing the crowd murmurs ahead of us, followed by the energetic, but restrained applause of the spectators, it was evident that some of the teams were doing quite well. 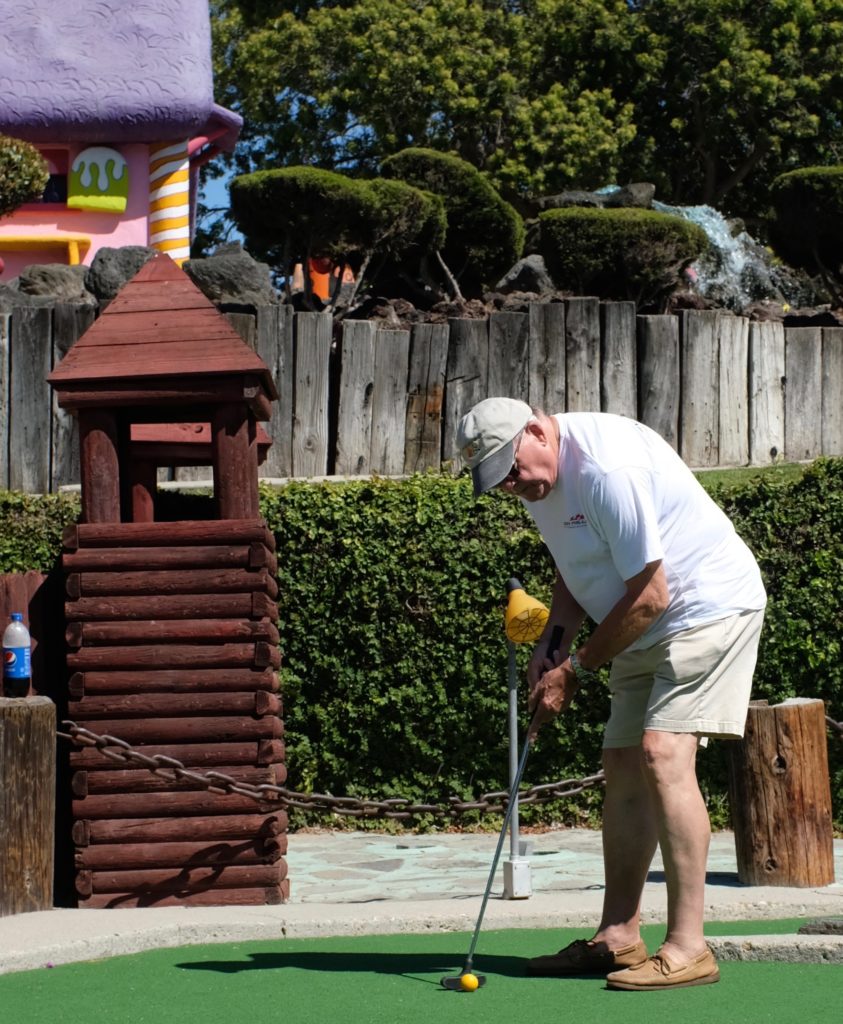 Although, I can attest to the fact that the afternoon was certainly a lot of fun, it was clear early-on that our approach to the holes was proving somewhat troublesome. Even after a bomber off the first tee where we all seemed destined for Augusta, the windmill obstacle swept away any hopes for a career in the pint-sized PGA. 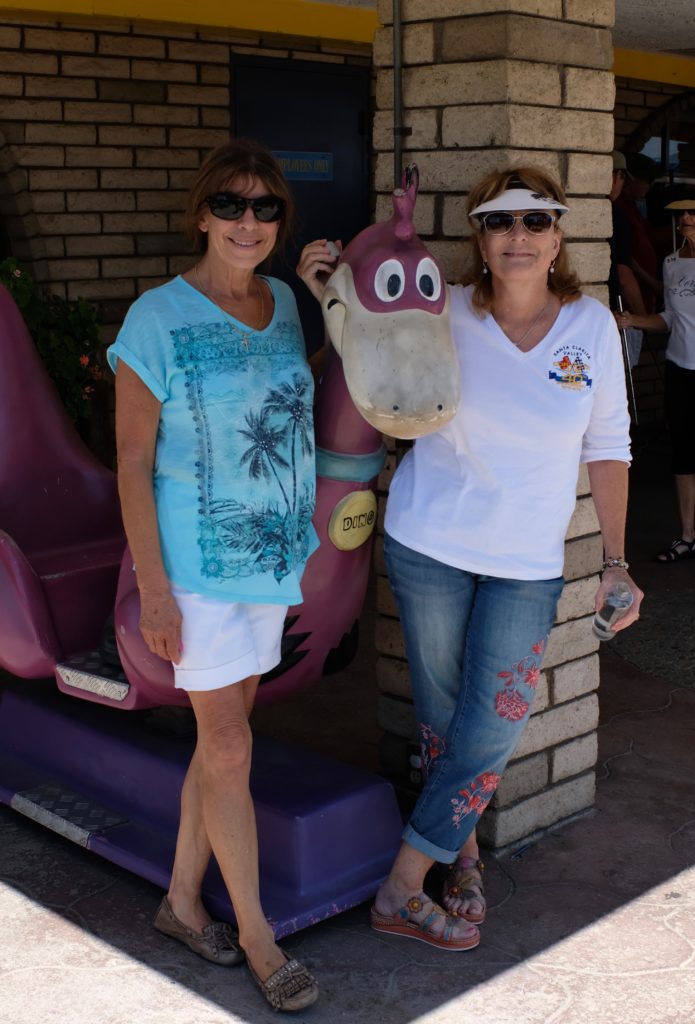 Undaunted, we followed the teams of T-Mac and Woodings through the course where our team experienced a couple of back-to-back super-bogeys on the second six that put us way behind, adding more time to the ever-increasing obstacles. On the bright side, we only encountered one water trap, and that turned out to be at the snack bar where they charged $5 a bottle! 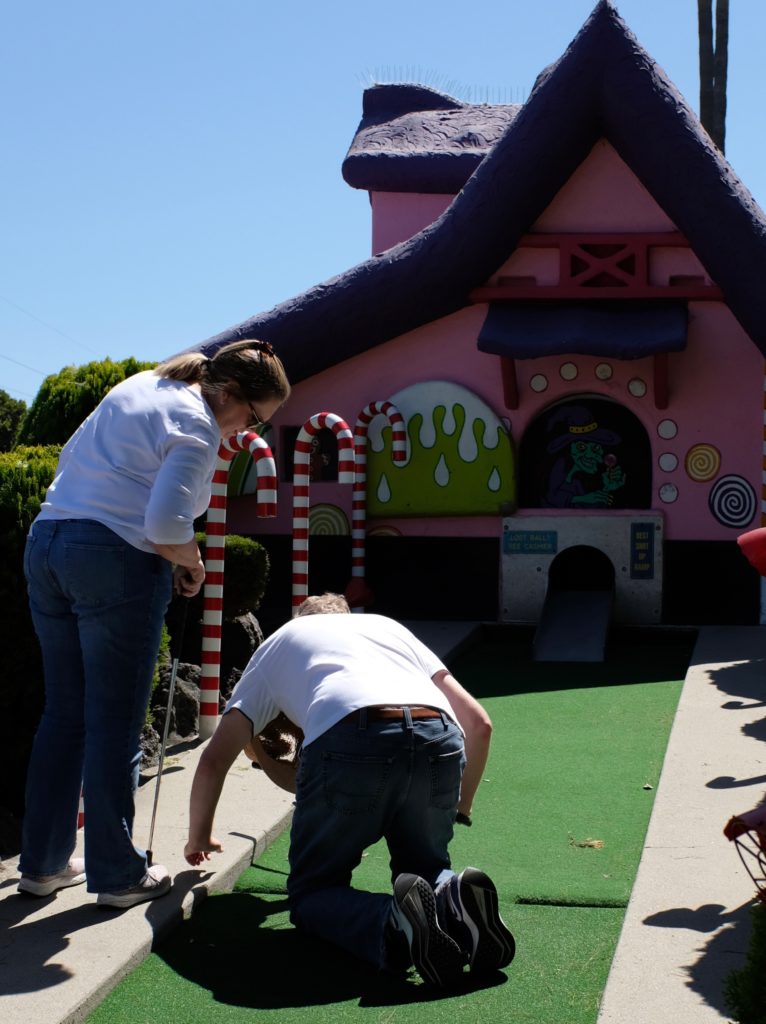 Anyway, with a few birdies being left by the gulls along the handrails, and a few wayward drives on the mineshaft-dog-leg, our eight-teen over final round sealed our fate from ever receiving a coveted green jacket. 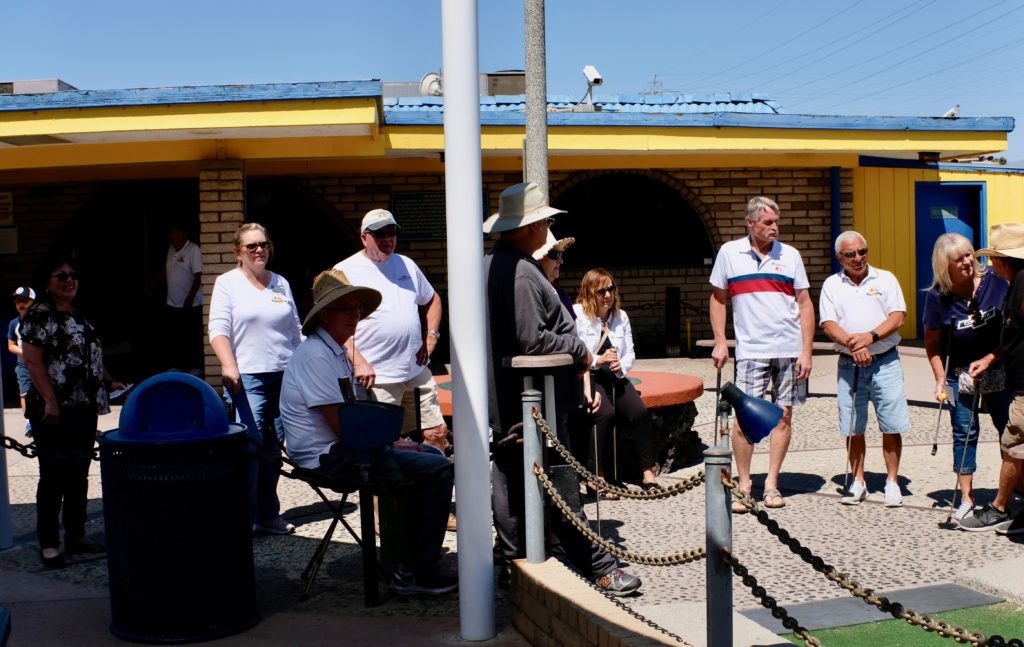 However, the talk around the clubhouse was that Tom Tomlinson had topped the leaderboard, and was last seen running around waving his golf towel in the air, and high-fiving with the spectators, although this could not be confirmed. 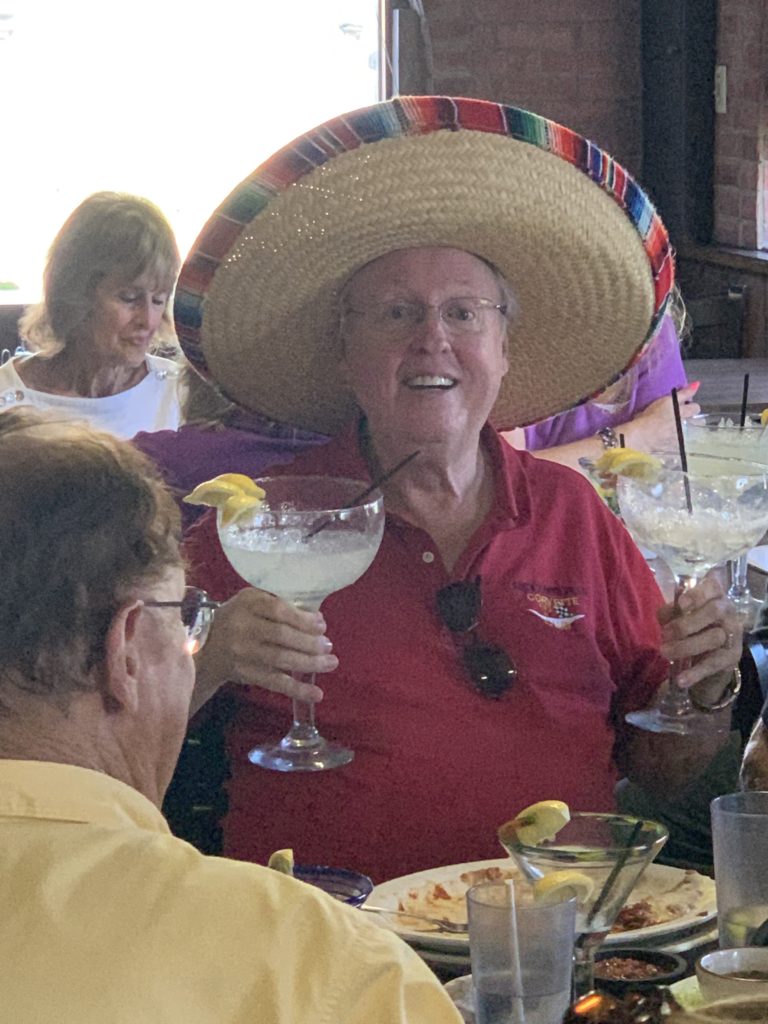 Regrouping back at the cars, we headed down the 126 again to meet in Santa Paula, this time at the Chapala Mexican Restaurant for a well-deserved dinner. Here, the private backroom provided a warm, but private sanctuary to enjoy cold drinks and cocktails while we had plenty of time to share extraordinary tales of fairway fables. 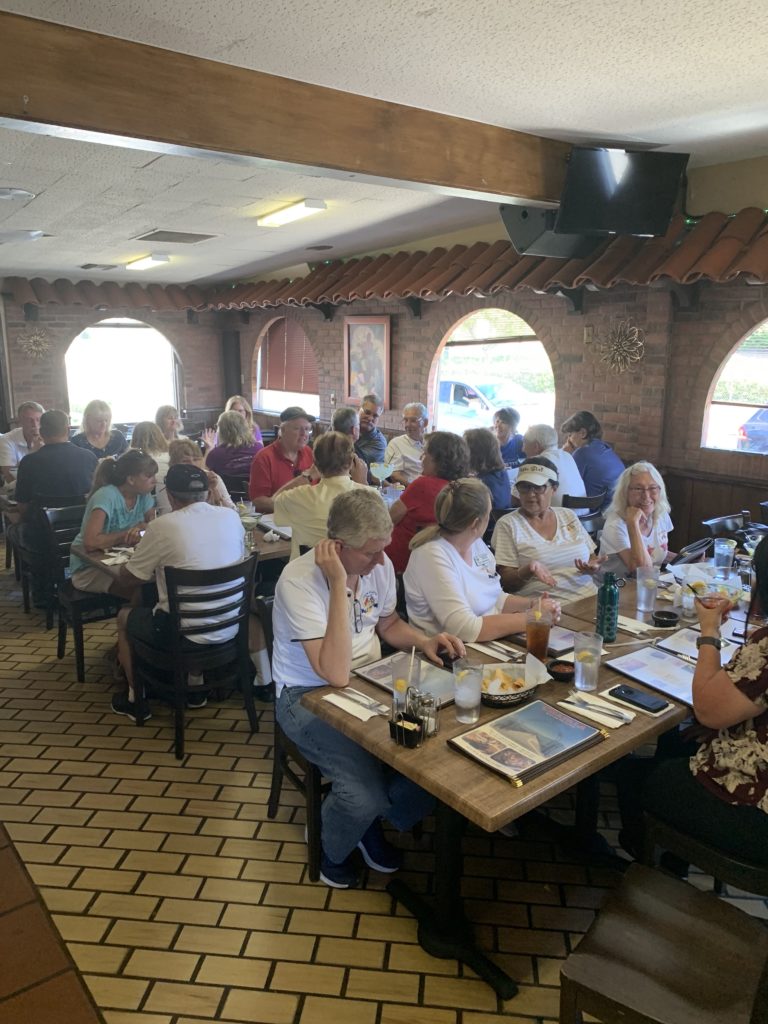 But the chatter soon subsided as everyone turned their attention to the appetizingly colorful dishes of tortillas, tamales, and tapas that proved to be a great ending to another terrific SCVCC event!