Sometimes you just Have to get up before breakfast, and Saturday, June 9th was one of those days. It is not often that we meet at 7:45, and even more unusual that we have a run with other clubs, but all the stars aligned and that is just what occurred.

Phase One was the roll-call and sign-in at Walmart on Copperhill and Newhall Ranch. When your writer arrived at the appointed time, the lot was alive with eager and dare I say hungry Corvette people with more rolling in. My best count was 15 Corvettes with the corresponding number of occupants that were ready to go when the word was given, on our first leg of the event. 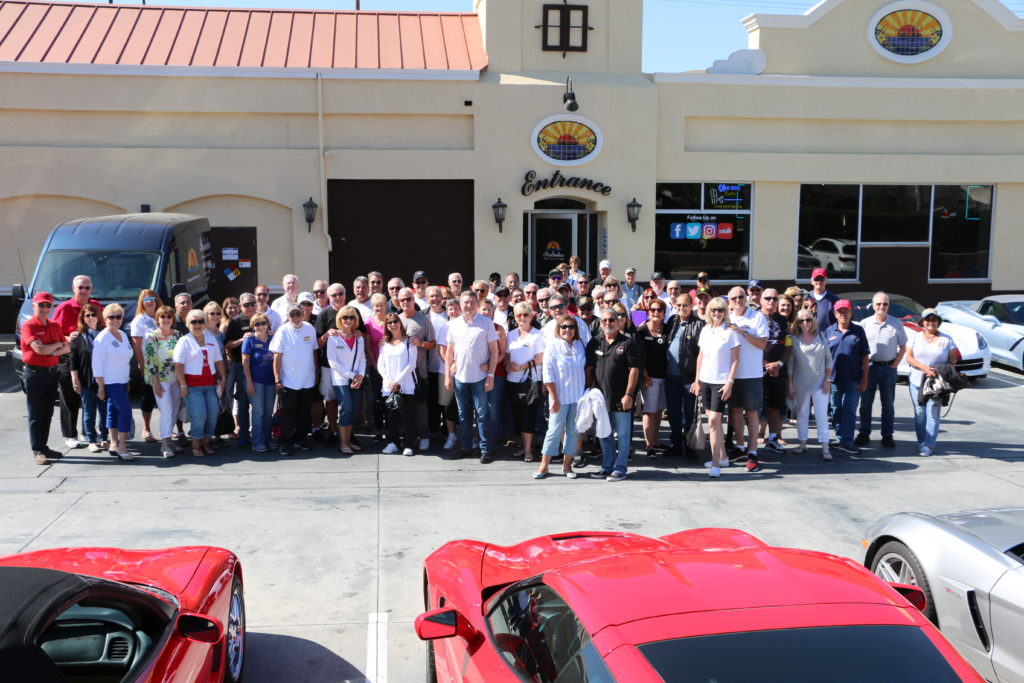 Just 22.2 miles away, on CA 126 in familiar Fillmore, we rolled into the lot at El Pescador Mexican Restaurant on the west side of town. Fortunately, no pit-stops were needed en-route. Our run on this bright, clear day was to Fort Tejon, in Lebec, with breakfast beforehand together with the Ventura County Corvette Club and Red Line Corvettes.

Our hosts for the event were John Macik and his wife Sandra Macik of Santa Paula Chevrolet. They arrived in a beautiful 2019 Torch Red Grand Sport convertible (available at the dealership!). 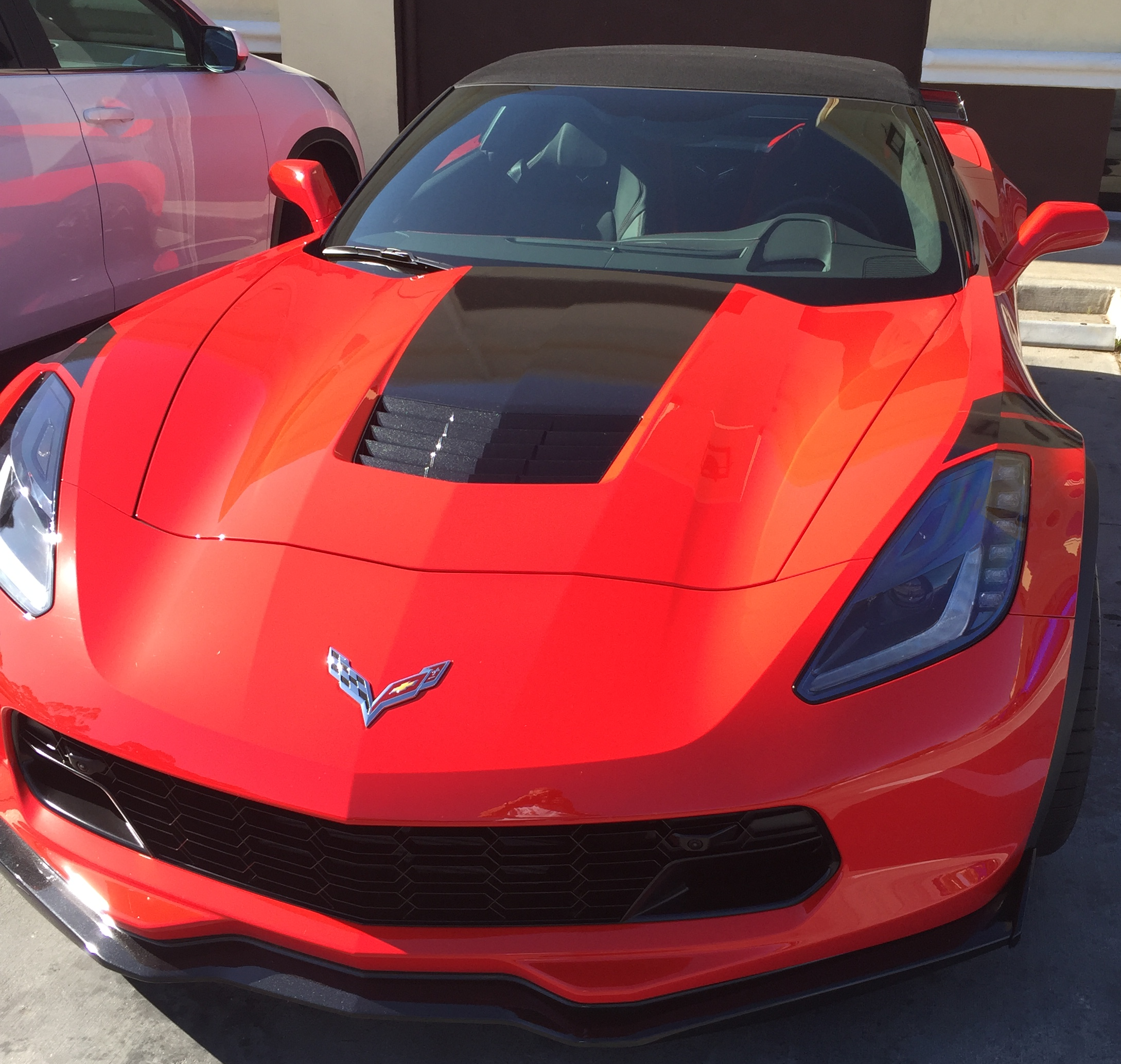 El Pescador’s staff did a noteworthy job of handling our needs and desires as we flooded their banquet room with right around 100 customers. Thanks go out to El Pescador and our hosts as well for a delightful start to the Three-Club and Three County Run as our three Corvette clubs. 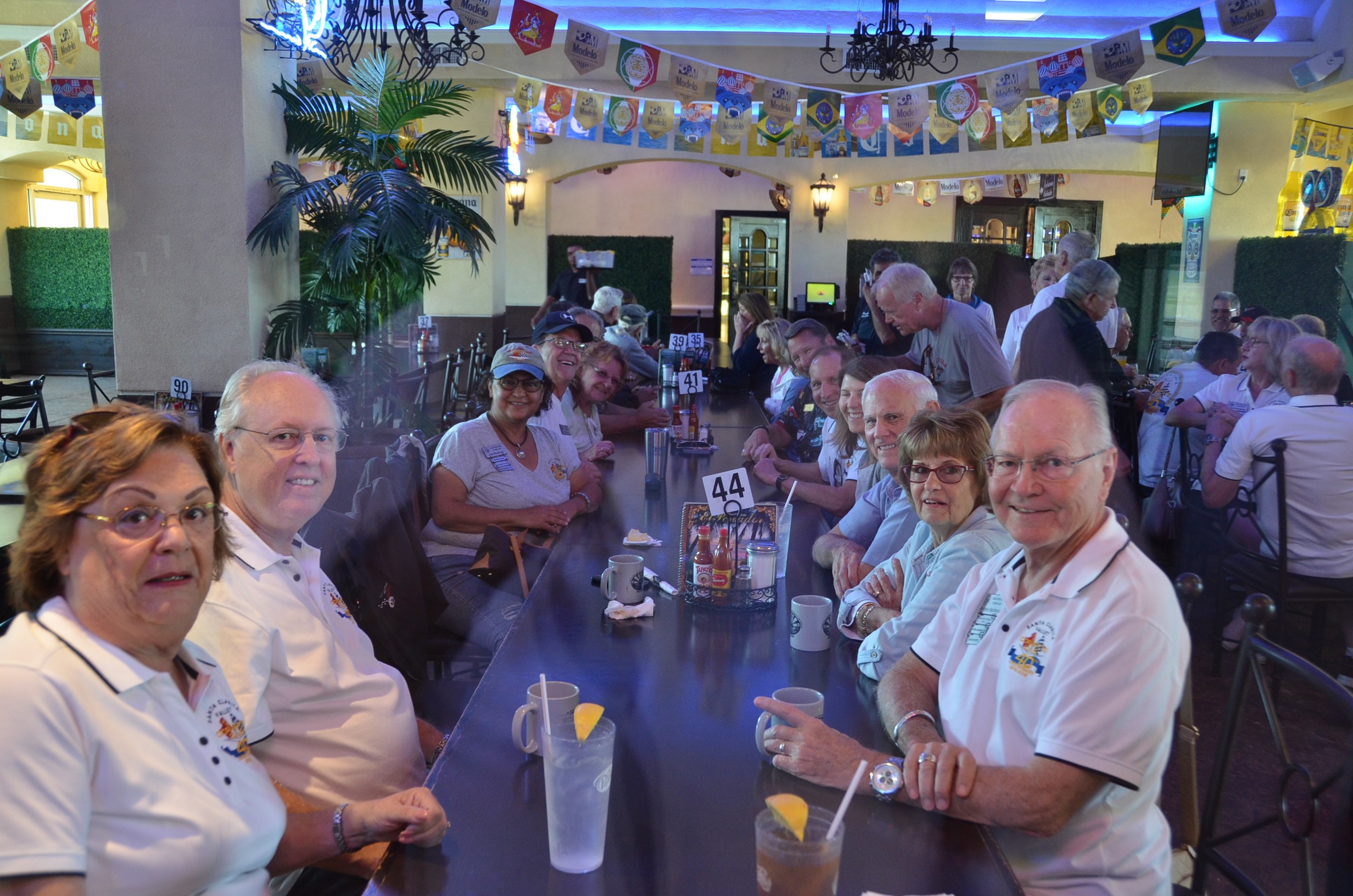 Following breakfast at El Pescador, John served as honorary road captain, complete with 2-way radio tuned to channel 7, for what was his and Sandra’s first Corvette Caravan. 50 Corvettes all headed EAST on CA 126, back to Santa Clarita and then north on I-5 to Fort Tejon. The route took three clubs from Ventura County, through Los Angeles County into Kern County to our destination. 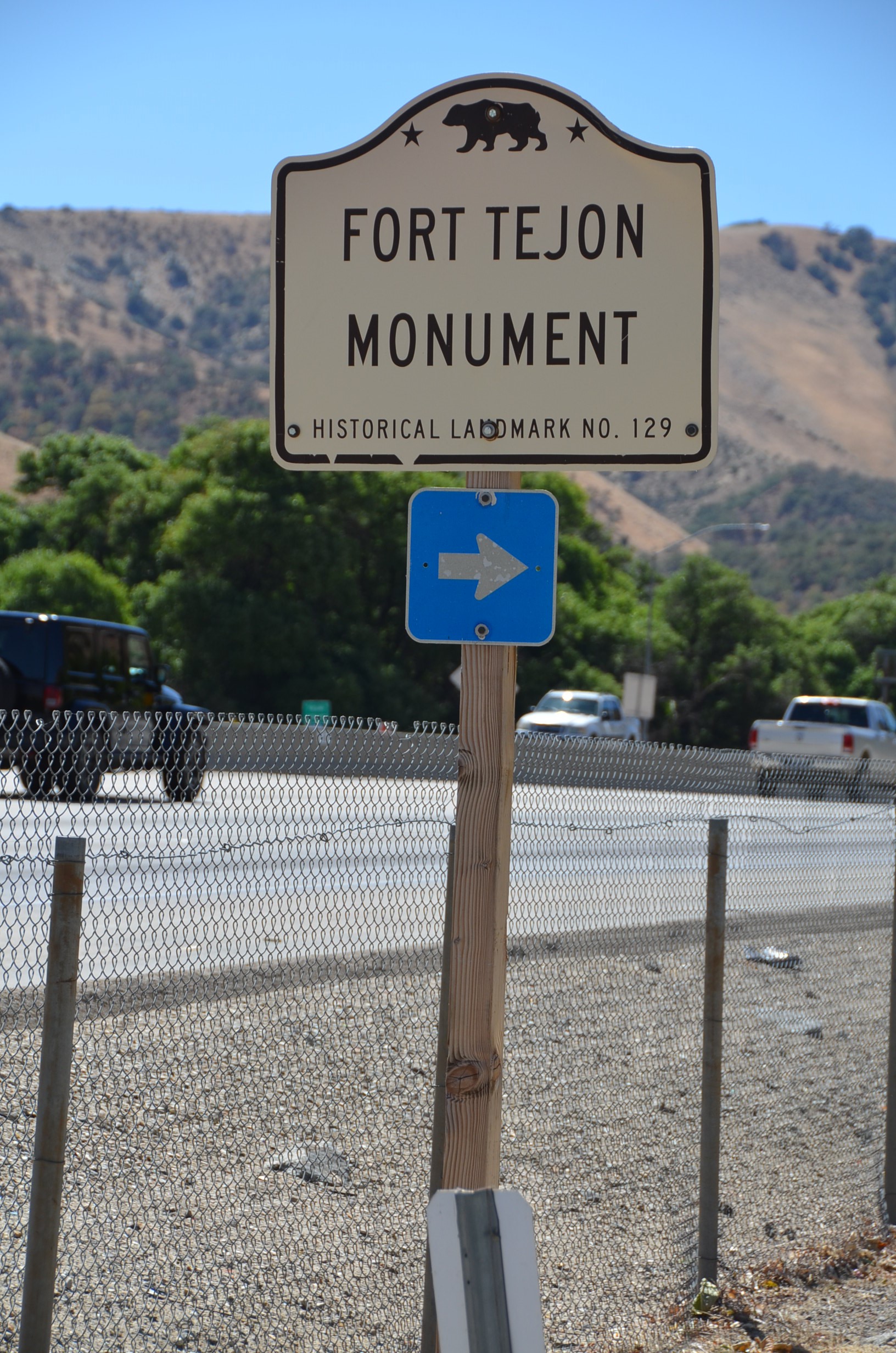 As we arrived, we found the Fort Tejon visitor lot empty and ready to accommodate all of our Corvettes. It was beautiful to behold. 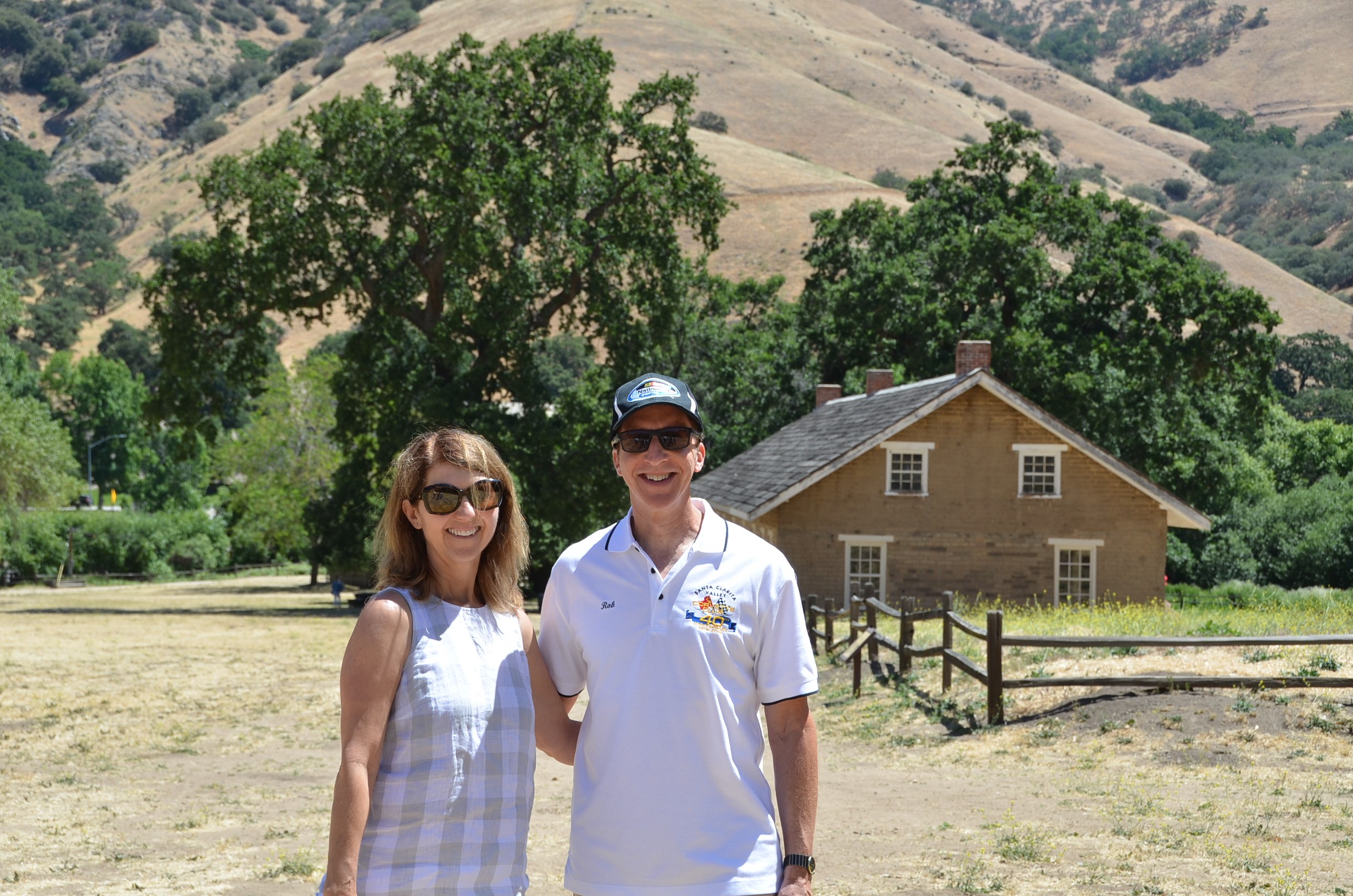 For those who opted for Cheerios at home and who have never thought to stop at Fort Tejon while traversing the Grapevine, I assure you it is worth the short ride up the hill to check it out. Fort Tejon is located in the Grapevine Canyon, the main route between California’s great central valley and Southern California. The fort was established to protect and control the Indians who were living on the Sebastian Indian Reservation, and to protect both the Indians and white settlers from raids by the Paiutes, Chemeheui, Mojave, and other Indian groups of the desert regions to the southeast.

Fort Tejon was first garrisoned by the United States Army on August 10, 1854 and was abandoned ten years later on September 11, 1864. There are restored adobes from the original fort and the park’s museum features exhibits on army life and local history. The park also has a number of beautiful 400-year-old valley oak trees.