The Holiday season is a time to join family to enjoy the traditions and festivities that go with this time of year. In that light, the invitation we received from the Simi Valley Corvette Club to join them in being part of the annual Edwards AFB Winterfest celebration was a great idea. Additionally, the concept of us and our Corvettes being part of the event was even more inviting. 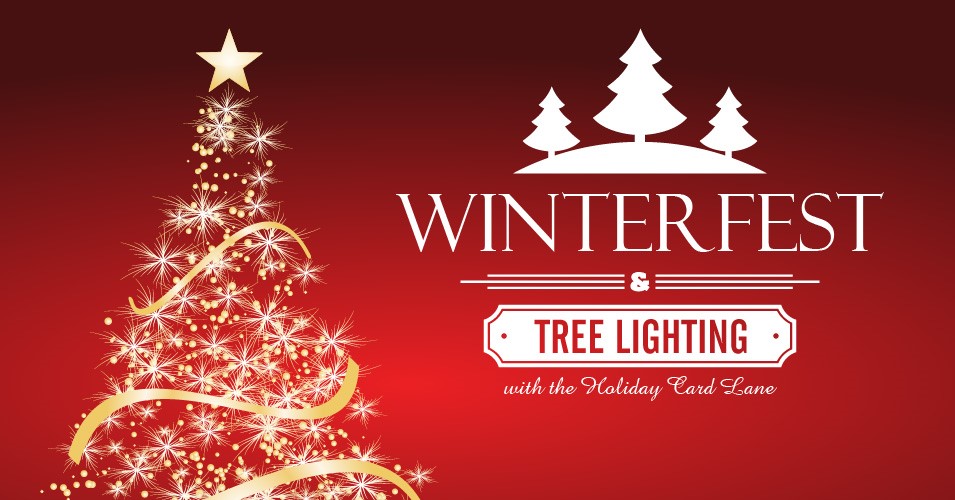 Each year Edwards personnel and families gather in the Exchange parking lot for special winter activities and a tree lighting ceremony and this year, our Corvettes on display were to be an added attraction. But this year, rain came and we all anxiously watched the forecast hoping there would be no dampening of the Winterfest event. 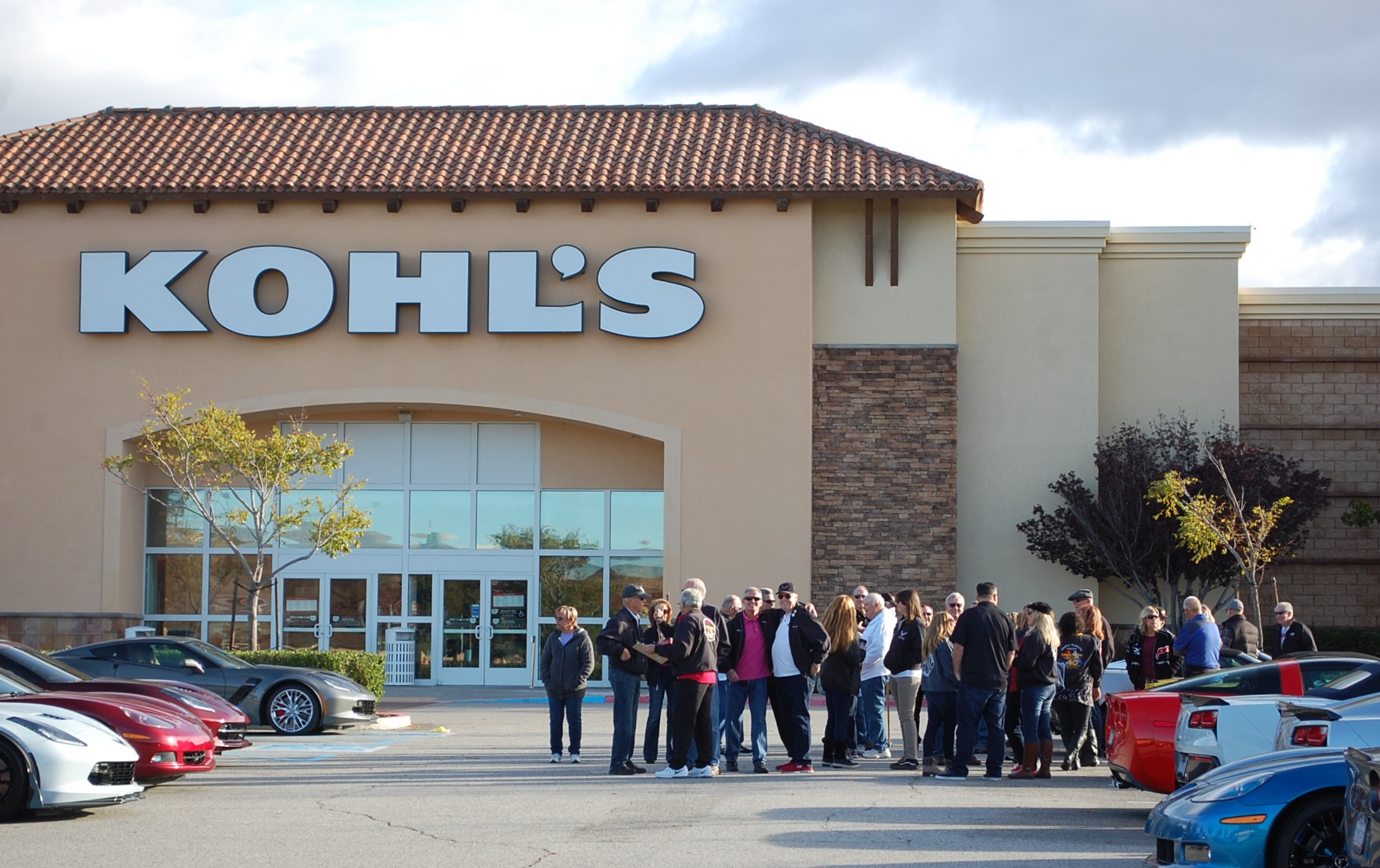 On Friday, November 30th, 26 Corvettes and 45 participants assembled in the Kohl’s parking lot on Golden Valley Road to caravan up CA-14 for our final event of the month. We met up with caravans from Simi Valley Corvettes and Vintage Corvettes in Lancaster for a combined caravan of 65 cars onto the base.

We had already received clearance from USAF security for admittance onto the base, so our entry through the Rosamond gate went smoothly with all having already passed muster. 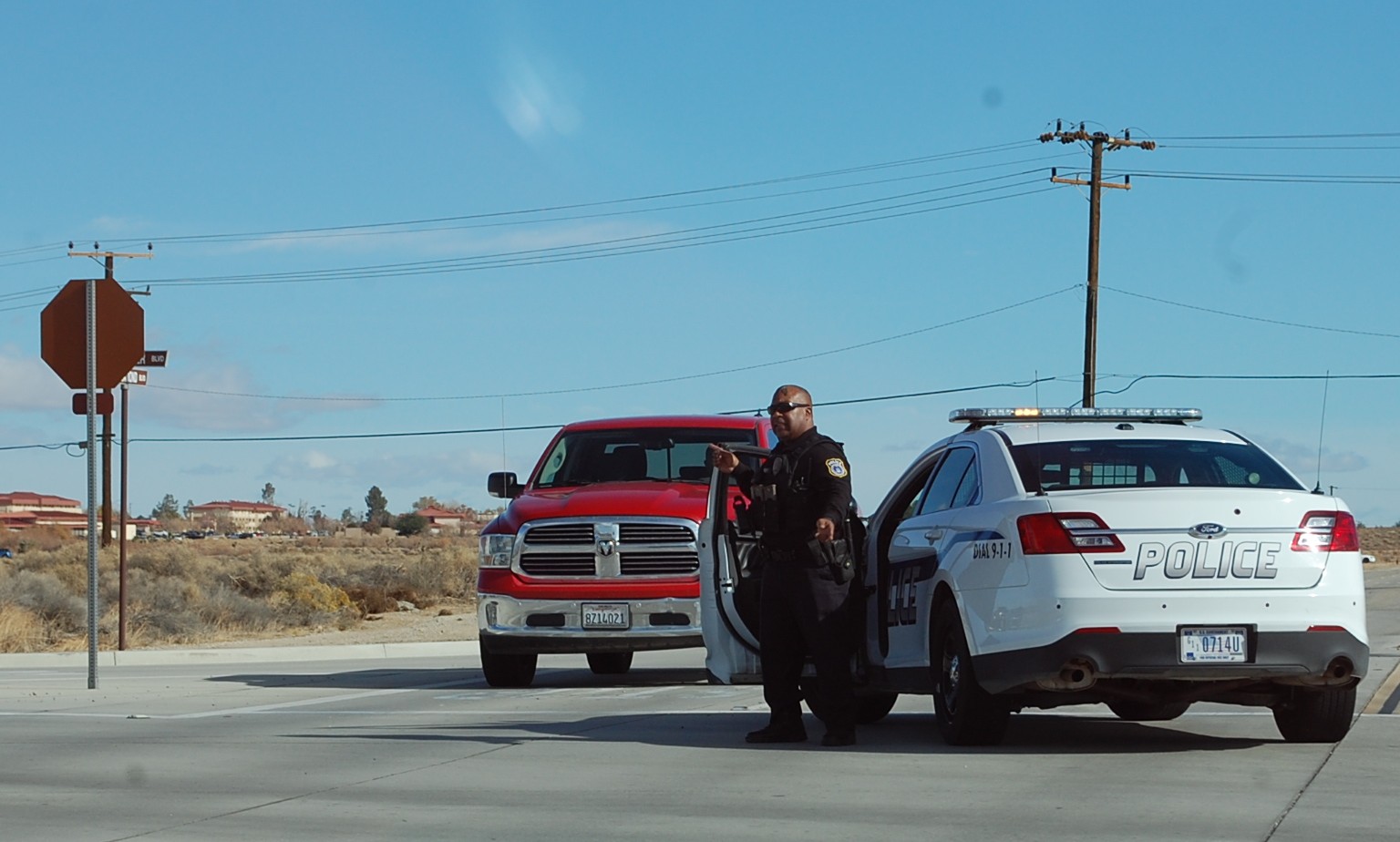 Edwards AFB is not only remote, it is big and spread out too, over 500 square miles. It was quite a drive just from the gate to the BX, but smooth sailing with our USAF Security Police escort. 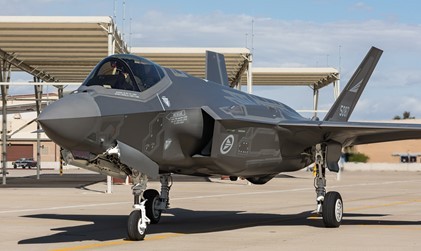 The Winterfest celebration is organized by the 412th Force Support Squadron which this year additionally provided a tour of several sights on the base to show us where some of our taxes are spent. 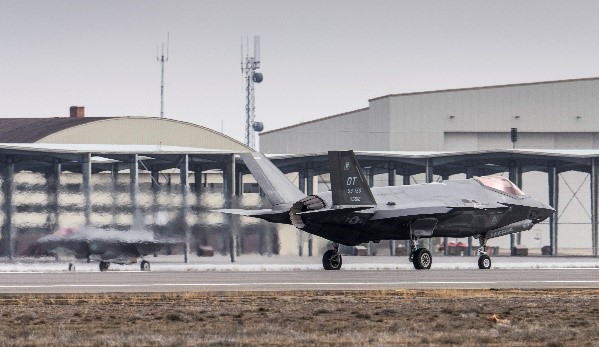 The true highlight of the base tour was the up close and personal briefing we had about the Lockheed Martin F-35 Lightning II fighter, a single-seat, single-engine, all-weather stealth multi-role aircraft. At $125 million apiece, the jets certainly would give our Vettes a run for the money, but our still worthy Corvettes, parked on display for interested base personnel, were a hit.

Edwards AFB dates back to 1937 when the Army Air Corps moved some bombardment exercises to Muroc and later in 1941 operations expanded with our build-up with WWII. In 1942, super-secret jet aircraft testing began. Following the war, testing continued and Muroc was renamed to Edwards Air Force Base in 1949.

The day was long, with our caravan, tours, and Corvette display and ended with the Christmas tree lighting.

Our run to Edwards can be summed up as an All-American holiday event with the coming together of our American military and our American Corvettes.

Our thanks to the Edwards staff and families and to the Simi Valley Corvette Club for including us in the Winterfest 2018 celebration.

Lasagna Night At the Ceo’s