Taste of the Town: Mama’s Table

Hot August Nights are not enough to keep our club away when it’s Taste-of-the-Town evening here in the Santa Clarita Valley. It’s too hot to heat up the house with cooking and too hot even to fire up the grill outside.

We have been living off salads for too many days straight, so when the email arrives from our Activities Committee by way of our Communications Guy saying we are going to Mama’s Table for some “home cooking” for TOT, I say “let’s go”! Apparently that was the response most had as well with another great turn-out of hungry Corvette people.

As I arrived, there were plenty of Vettes filling the lot and apparently lots who opted to drive the ferrous vehicle as well since out club people filled the restaurant even before the 6 PM start time.

Mama’s Kitchen is located at 23340 Cinema Drive, where Freshworks was previously. The owners ran a successful restaurant in Washington for 9 years and decided to sell and start new in SoCal. They are kind and enthusiastic and happy to serve. This is literally a mom and pop operation where they even make their own pies. His wife bakes the pies and helps with the cooking. I’m sure most of us will be going back to Mama’s Table again, maybe in a few weeks, maybe in a few months, but we’ll definitely be back. 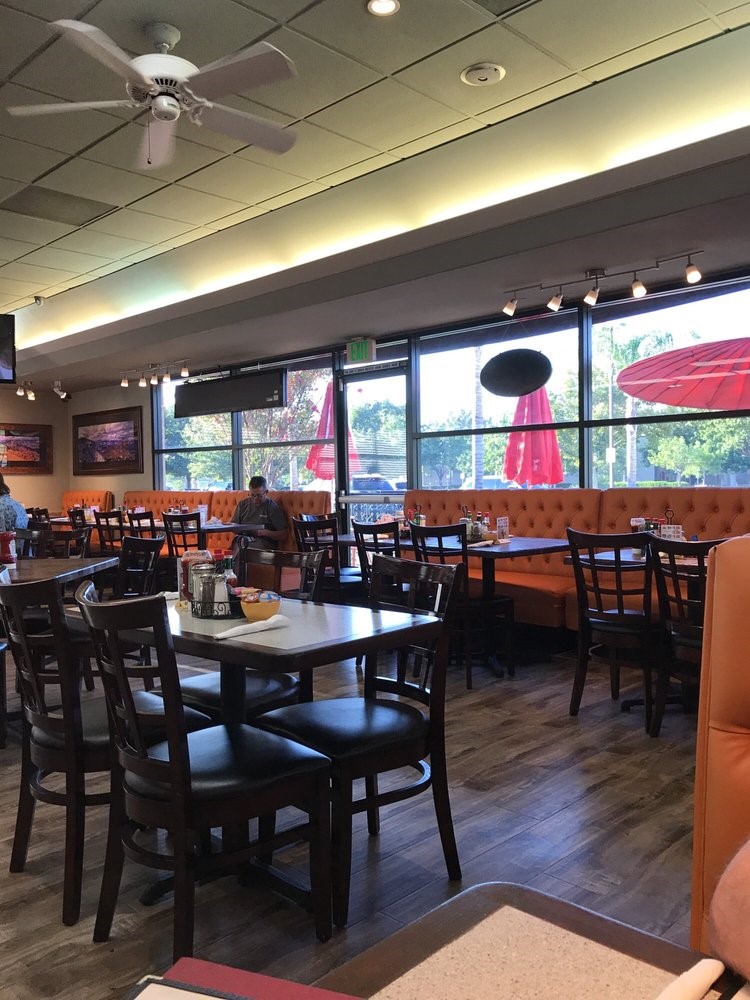 The restaurant has a large menu with plenty of choices for every taste. It’s open for breakfast, lunch and dinner with breakfast being extremely popular with the homemade jams that are available. It has been compared to the Black Bear Diner with a local atmosphere and with plenty of room for a large group.

September will take us to for our next TOT at Saddle Ranch Chop House, so if you’re not heading to Prescott, dust off your cowboy attire and mark your calendar for a great time of visiting and bull riding at another fine event put together by our Activities Committee.