December brings a time of giving and combine that with Corvettes, it was a time of caravan to Santa Paula Chevrolet to participate in the Marine Corps Reserve Toys for Tots event.

Major Bill Hendricks of the USMCR in Los Angeles founded Toys for Tots in in 1947. 5,000 toys were collected during the campaign that year. In 1948, the USMC expanded the program nationwide. Toys for Tots continued expanding to today and is named as a top charity in the Philanthropy 400 and is accredited by the BBB Wise Giving Alliance. In other words, it’s a great charity which helps a heck of a lot of kids at this time of year.

Annually, our sponsor Santa Paula Chevrolet holds a donation drive in which local Corvette clubs are invited to participate with their gifts for boys and girls and rolls out the red-carpet with a breakfast for participants at the dealership. 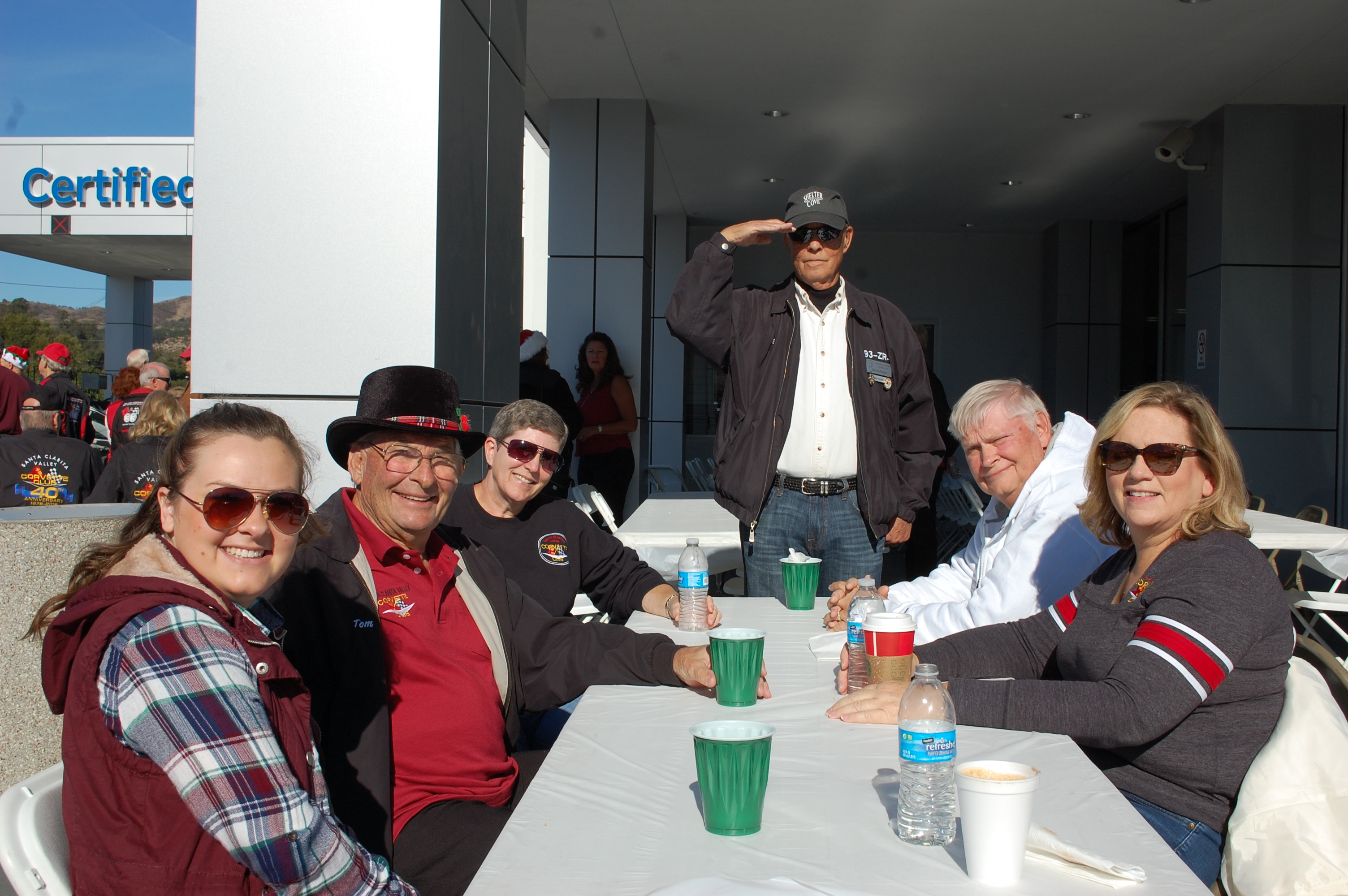 We had a great turnout on a beautiful December 1st morning. The road was clear and the caravan was spectacular as we rolled west on CA 126 yet again. 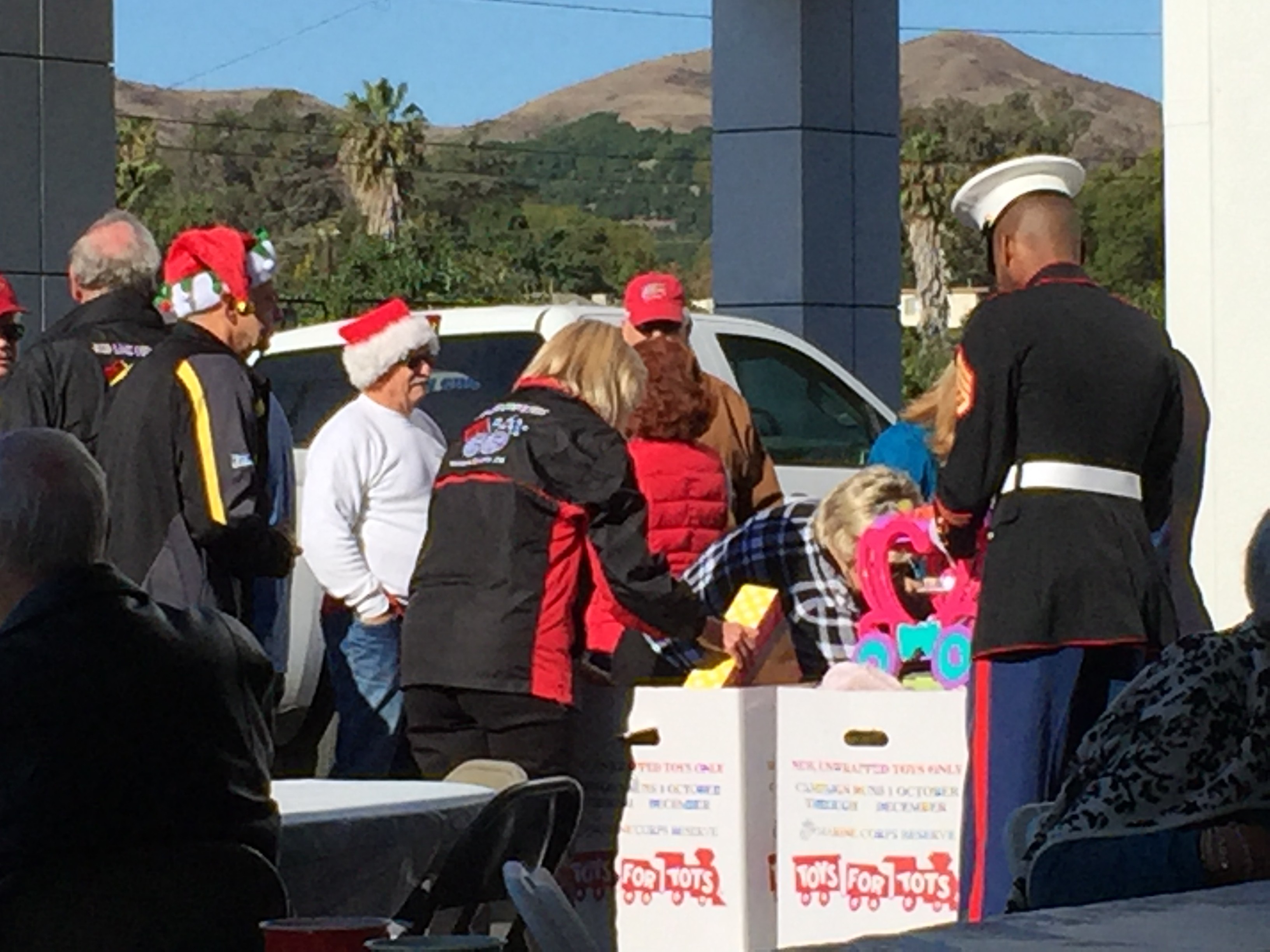 Once in Santa Paula, we joined our fellow Corvette people in filling the lot with Vettes and the contribution boxes with all sorts of cool toys, including some scale model Corvettes to perhaps inspire another generation before electric and self-driving cars have ruined their minds. 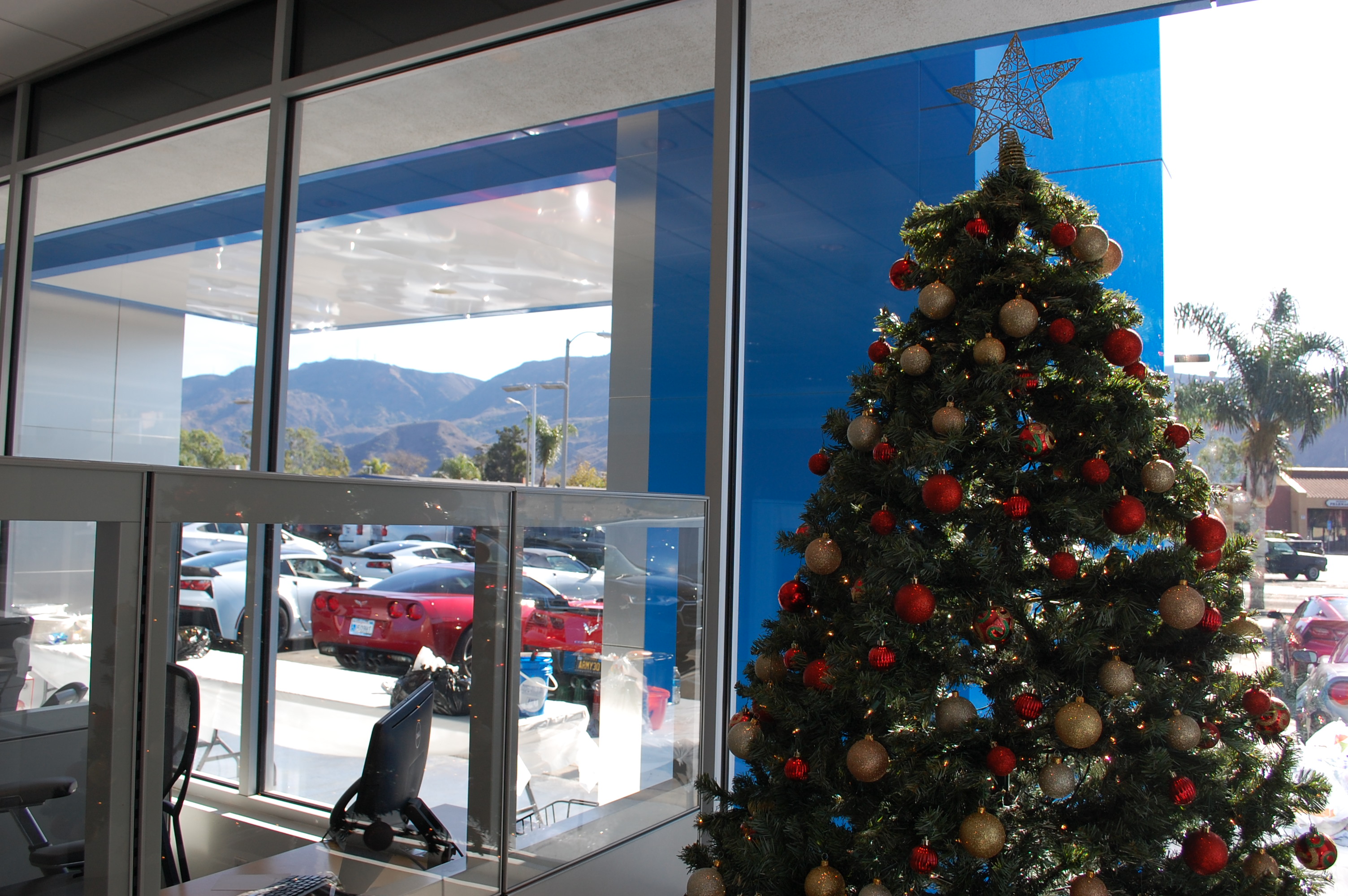 Giving is always a great thing to do and thanks to all who participated in this worthy event. Thanks too to our hosts, John and Sandra Macik of Santa Paula Chevrolet for including the SCVCC in this year’s Toys for Tots program. 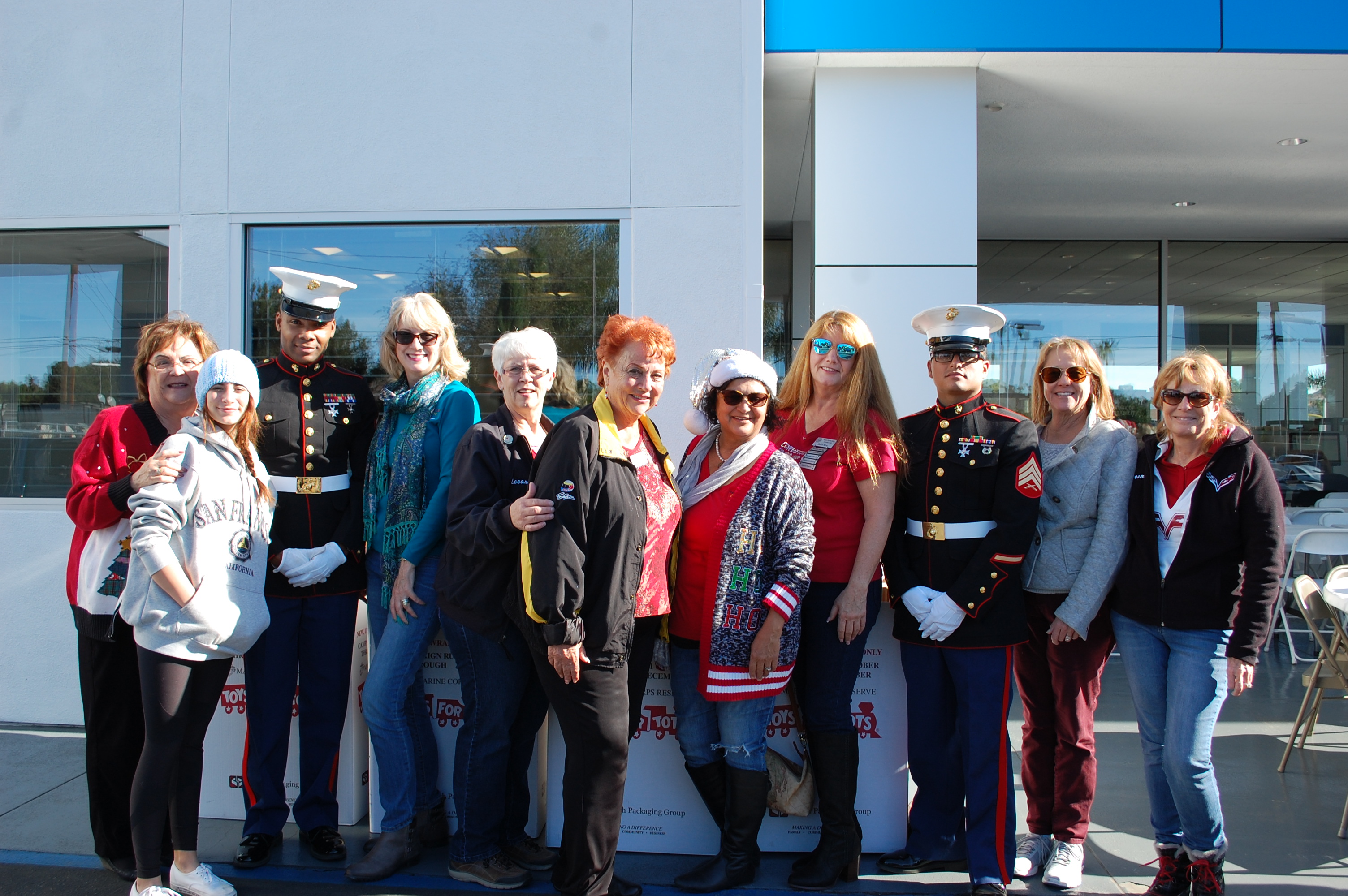 And a final thanks to the Marines who serve our nation, not only locally, but around the world! 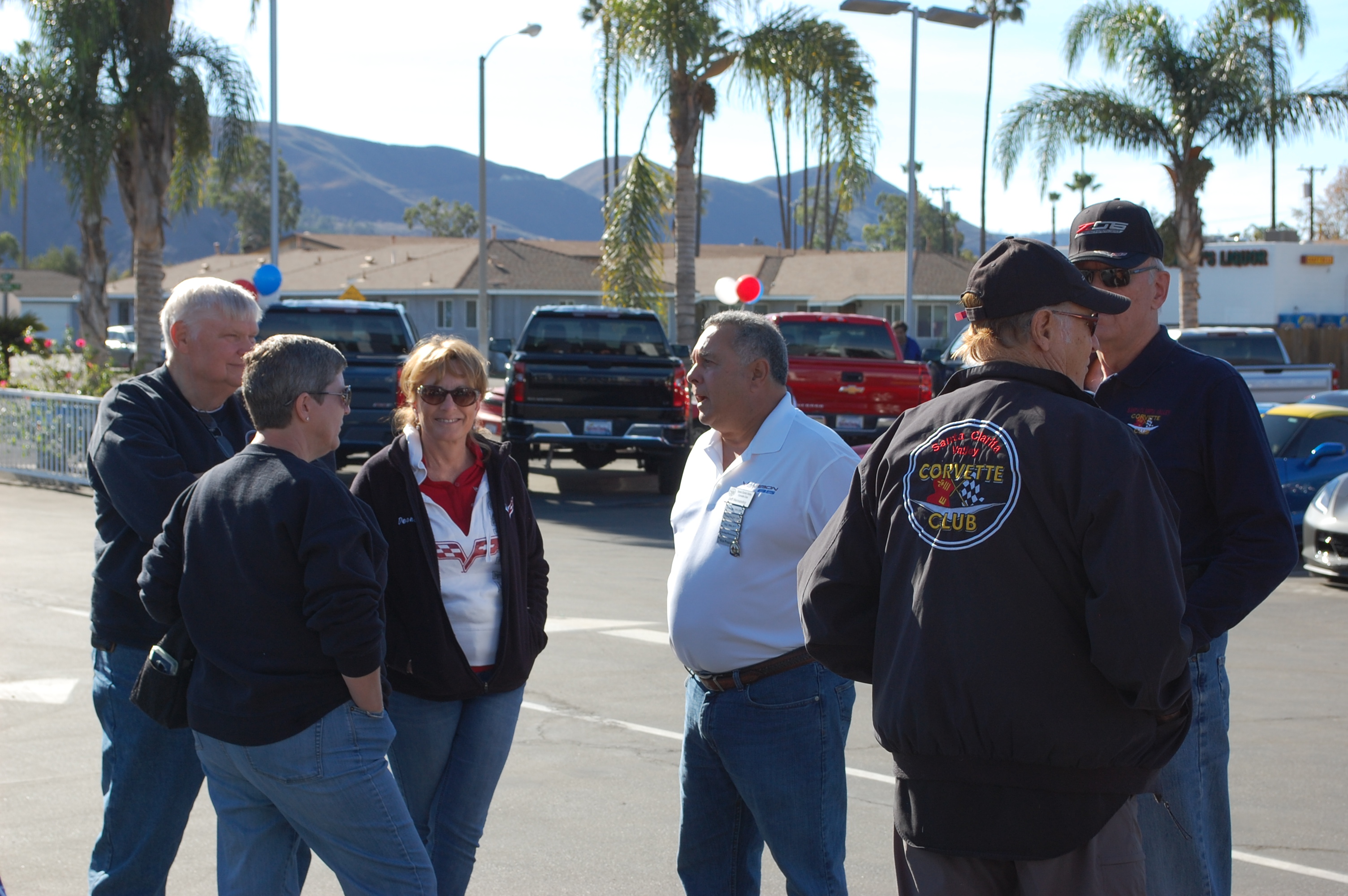 Lasagna Night At the Ceo’s