Several of our Santa Clarita Valley Corvette Club members have attended the Ron Fellows Performance Driving School in Pahrump, NV, while many more have not. General Motors picks up the majority of the tuition for new owners of C7 Corvettes to attend the two-day Corvette Owners School during the first year of their ownership.

To date, I haven’t read any reviews about the school written by our club members in our Newsletter, so I thought, why not share some of my experiences for others who have not yet attended and maybe even for those who have gone? So, here goes. 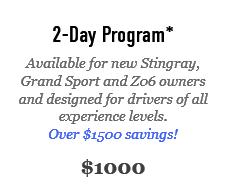 I bought our 2017 Grand Sport in August of 2017 and looked forward to attending the school and somehow, life prevented me from getting signed up right away. We all have things going on and priorities are just that too. Additionally, you might remember my torque tube bearing issues and another warning light advising me to “service rear axle.” Then there were great club events I wanted to participate in and all of a sudden, it’s August 2018!

A year of C7 ownership has almost passed and my time to claim the tuition saving GM offered (which we all probably actually paid for) was about to expire. 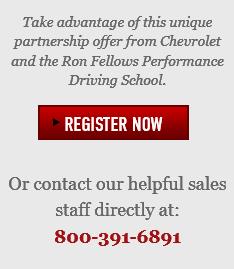 Not wanting to miss out or to pay full price for the school, I called the reservation number for Ron Fellows hoping for a reservation but understanding the problem was on my end and not theirs. What a relief to hear after pleading my case that GM granted me an extension and that I would soon be attending the school. They even offered me a class date of November 5th, after the summer heat was over and the desert temperatures were ideal. “I’ll take it” was my response.

So, now I was scheduled and I wanted to be prepared. I have been to Las Vegas and Reno, but never to Pahrump. I really don’t even like the desert after having spent way too many National Guard training periods and “summer camps” at Fort Irwin, but this was different. I knew of no one else attending during my dates although there were other more recent C7 purchasers in the club who had not yet attended, so my own research began.

I went over my acceptance instructions and found the route to Pahrump was outbound on I-15 then left onto CA-127 in Baker and north across the desert to Shoshone and then a right on into Pahrump. Tuition includes breakfast and lunch for two days, so all I had to be concerned about was supper, but having been in the Army in the desert, I knew I could survive that. 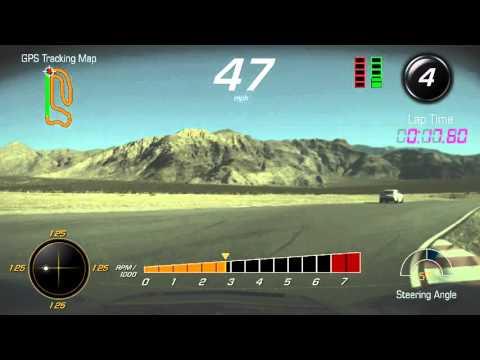 Instructions read that attire was optional, so I opted for shorts, polo shirts and a light jacket just to be cautious. I also read about the advice to wear driving shoes during training. I own plenty of shoes and have operated many Corvettes with no problem, but I had my eye on the Piloti driving shoes that were recommended. To get me focused on the training, now that my preparations phase was fairly complete, I spent some time reviewing YouTube videos posted by several past attendees. In retrospect, I think that was time well spent.

Our November SCVCC meeting on 11-1 was the biggest distraction facing me with the Ron Fellows class date coming just 4 days later. The November meeting was my first one at the helm leading all of you fine members following our change in leadership. You told me it went well, so the following Sunday, Judy and I headed by the prescribed route in the Grand Sport to Pahrump. 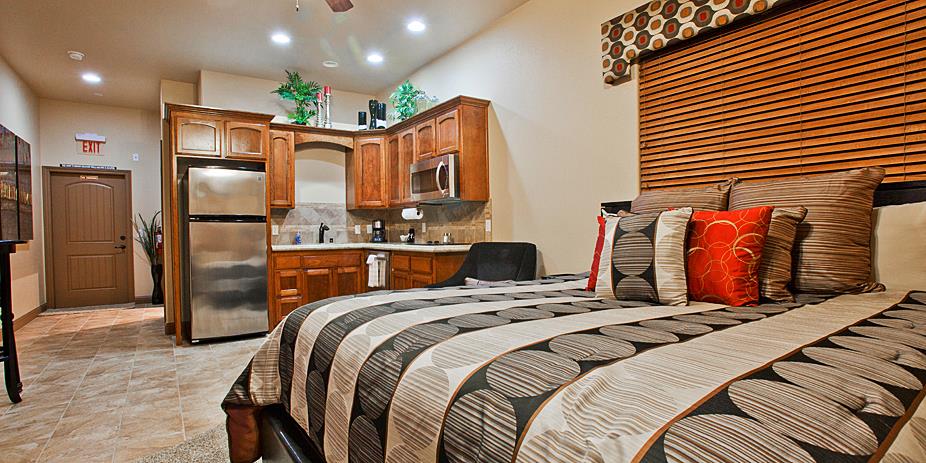 The courteous and helpful staff made our check-in smooth and we moved into very nice condo accommodations for our two-night stay. The second night was an optional add-on but well worth the minimal added cost to be up and running when instruction began at 0800 hours that Monday morning. I obviously had to check out the Piloti driving shoes and did so after registration in the gift shop area. Yes, I bought a pair and found that they run a bit small, but the shop had my needed size 12½ in stock. I worried a little that I would be the dork in the class with the new Pilotis, but about half of the class was sporting them the first morning and throughout the two days. 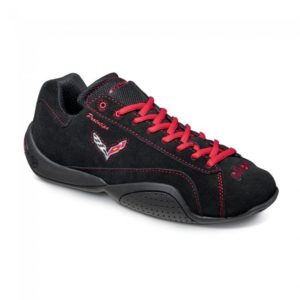 We have all attended meetings and training where the hours are posted we experience down time and eagerness to be done, but that was definitely not the case at Ron Fellows. Both days were full days, from 0800 to 1600 hours (8 to 4 civilian time). There was time to shop for souvenirs at the gift shop after training.

Our class of 20 all received training in Corvettes matching their own, Stingray, Grand Sport and ZO6, auto and stick. Attendees were in all ages and experience levels, from novice Corvette owner just learning how to put gas in to a couple with designs on breaking the course record. I might have fallen into the top third. The training gave us all a greater confidence in ourselves as well as the capabilities of our fine automobiles as well as hopefully making us more capable drivers in a very short time. The course is not one about speed, but it is about handling with speed being an element.

Guests of attendees are welcome to participate in all classroom training sessions and are equally welcome to ride as passengers with instructors during track sessions. My co-pilot, your new First Lady, was initially a bit apprehensive about donning the helmet to experience the track but ended the training with a desire for more along with a greater appreciation for Corvettes in general and our Grand Sport in particular. 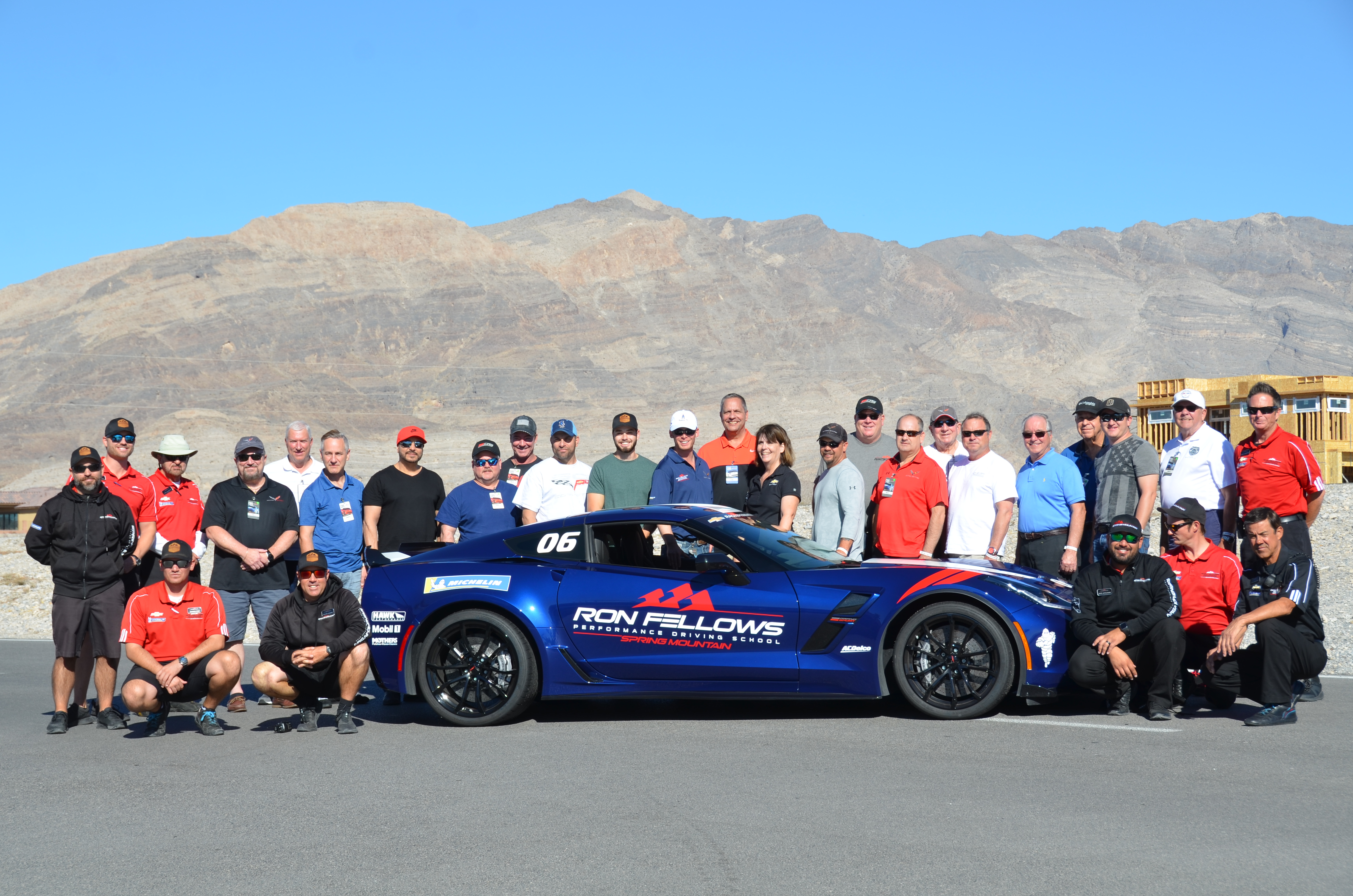 Graduation was included in the program and personally, I am proud of my certificate of completion and hope any of you who can, will find their way to Pahrump to understand your Corvette more fully and to be an improved driver. The only drawback I have found after the course is experiencing how mundane regular roadways feel and am always looking for my next apex!

The Streets of Willow Springs