Back by Popular Demand!

Our long time member and Christmas lights leader Les Hershberger will lead an approximately 1½ hour tour of Christmas lights in the Santa Clarita Valley. The tour concludes at Northridge Village Square where there is a variety of places to eat if you are looking for a late dinner or snack.

Our friends at Bunnin Chevrolet of Santa Paula carried on the dealership’s annual tradition of hosting a Toys for Tots drive in conjunction with the US Marine Corps Reserve on December 14th. 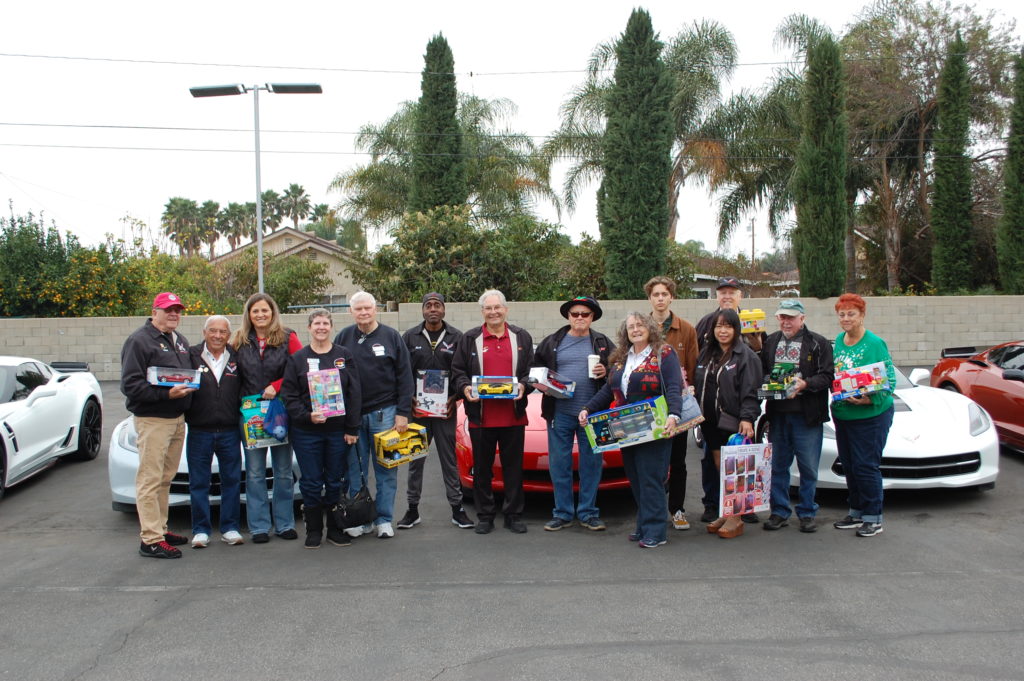 This year’s event once again included the Corvette Clubs of Ventura, Santa Clarita and the Redline Corvette Club of Newbury Park. 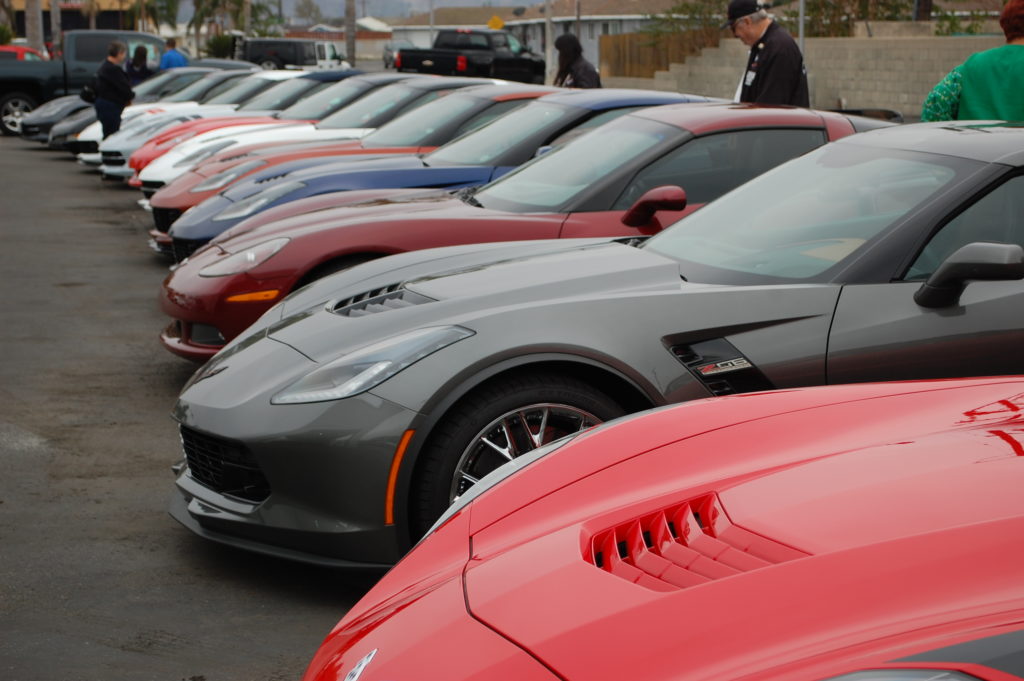 Lou Bunnin, the dealership’s new owner, greeted us and hosted a delicious breakfast for us all in the middle of the dozens of Corvettes that filled the parking lot. 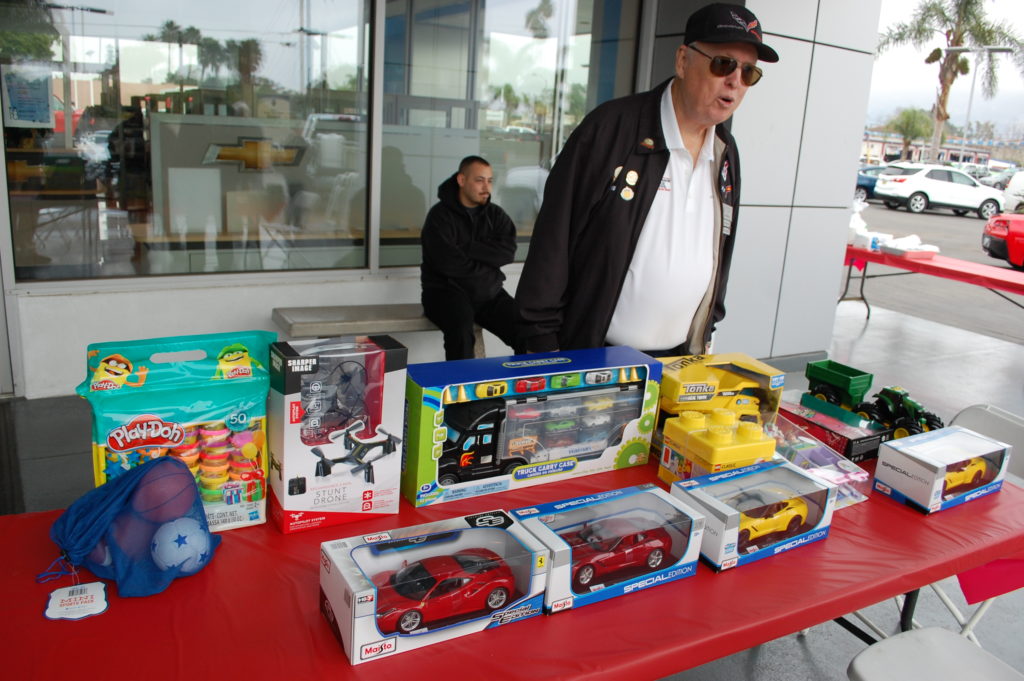 It is always great to enjoy a caravan together, and even more special that our club could help such a worthy cause! 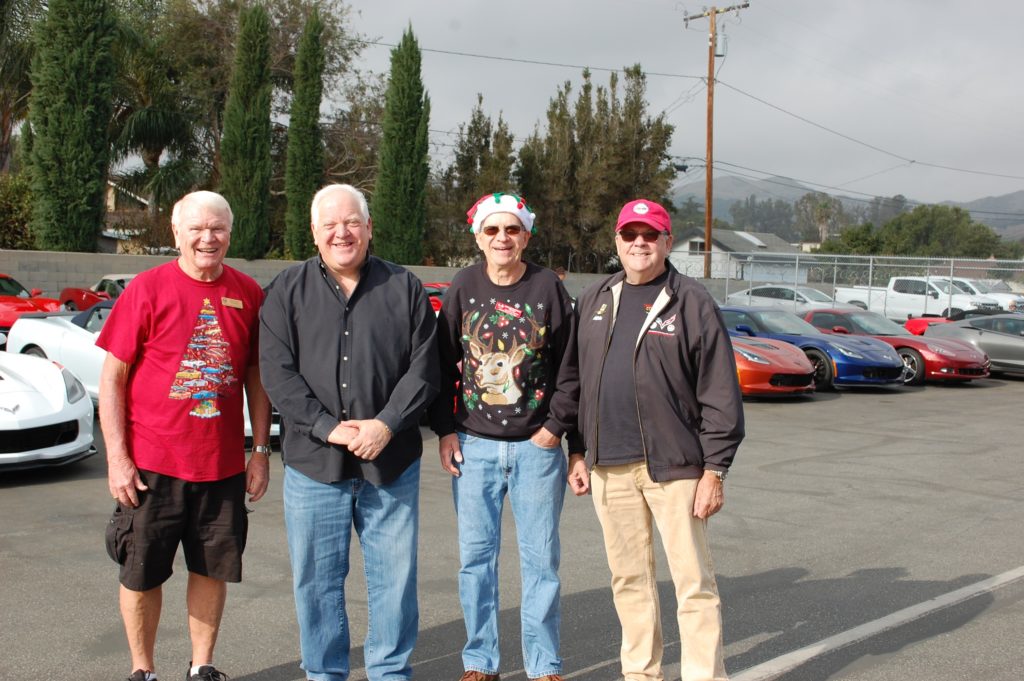 This coming Saturday, December 7th, the NEW Bunnin Chevrolet in Santa Paula will hold its Toys for Tots donation event at their dealership. US Marine personnel will be there to accept our toy donations as we arrive. Breakfast will be served.

The Impact of Toys for Tots

The event will run from 8:00 AM until 11:00 AM. Please bring an unwrapped toy valued at $10.00 or more for a child of any age, boy or girl (both if you wish), to 14 years old. We will assemble at the Walmart parking lot near the corner of Copper Hill/Rye Canyon & Newhall Ranch Road and leave at 8:15 am. We will take the beautiful drive to Bunnin in Santa Paula and arrive together.

Here’s what you need to know:

URGENT – We need to have a head count of those attending ASAP so we can give Bunnin a head count for food. Please respond via email, text, or call to Mike Woodings, we need to let him know.

Let’s start December with a terrific turnout…for the KIDS!

What kind of toys can I donate?

What kinds of toys are NOT allowed?

What ages of children are eligible to receive toys? 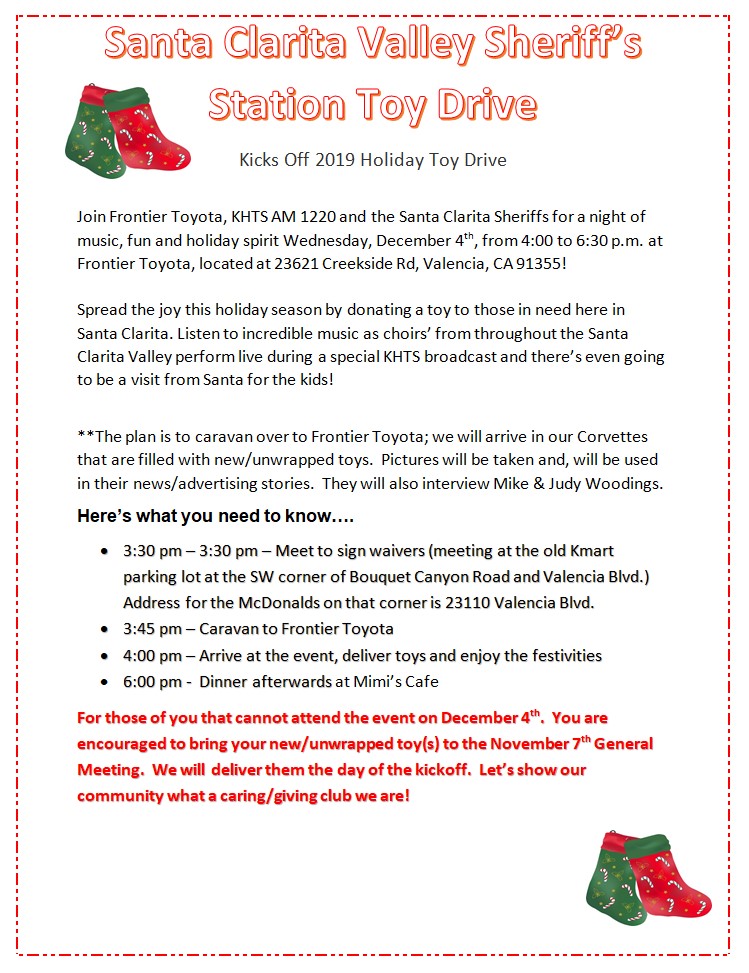 Our club is proud to have once again participated in the Santa Clarita, 4th of July parade, which was followed by lunch at Margarita’s Mexican Grill!

In celebration of the signing of the Declaration of Independence, some two-hundred-forty-three years ago, a group of our members braved the early morning hours to gather in Old Town Newhall to await the parade staging.

Fifteen Corvettes were dressed out this year in red, white, and blue, and adorned with flags, streamers, and bunting to show off their pride in both the America spirit, and the heritage behind America’s sports car.

Finally, after a lot of hurry-up-and-wait, the magic hour rolled around, and the parade began its journey though the twenty-some thousand good folks who had gathered along the Newhall parade route in anticipation of this year’s event.

For nearly an hour and half, the parade goers watched an array of community clubs, floats, and groups, including mounted units, color guards, waving politicians, firetrucks, motorcycles, and antique cars, but as usual, when a flotilla of Corvettes cruise by, the crowd is moved to an extra round of cheers and applause! So much so, that following the event, mother nature even applauded with her own 6.4 trembler, to shake things up little.

Special thanks to Jimmy Webster for a job well done organizing this event for our club. As is usually the case, Corvette piloting and navigation can work up an appetite, so at the conclusion of the parade, the crew gathered at Margarita’s Mexican Grill for a well-deserved lunch, beverage, and parade discussion.

But the fun wasn’t over yet! On Monday, the official parade winners were announced, and once again, the SCVCC was honored with the first-place win in the Car and Motorcycle category! A big congratulations to all those members who participated in this year’s event and brought home the first-place award- again!

Fourth of July parade is on Thursday. If you have signed up to join in on the parade. The details are not known as of yet. Here are the details. We do know to be there early to avoid blocked streets and traffic.

Dress yourselves and your car to match the theme of the parade “2019 Theme: The Signal Century: Celebrating Our Press Freedom,
with the Permanent Theme: Celebrating America’s Independence.”  Wear your Red White & Blue or club attire.

Jimmy Webster will be the event coordinator.

As part of our back-to-back Corvette weekend, thirty-seven of us met up Sunday morning at Route 66 to gather around the breakfast table in preparation for the KHTS Home and Garden Show.

As always, George Thomas and his crew did a great job accommodating us, and if anyone went away hungry, then it was pretty much their own fault.

With our plates empty, and our bellies full, we lined up for the twenty-seven car caravan across the valley to Central Park, where the show promoters had an adjoining parking lot reserved for our Corvettes to be on display.

The staff was great and as we were directed into the lot, the impressive line of Vettes immediately began to draw the attention of onlookers, as it did throughout the day.

Armed with lawn chairs and coolers, we spent the afternoon relaxing at the park and roaming through the large variety of community booths and vendors that were on display, including those from the Emergency Expo and the Arts and Crafts Fair.

While there, we ran into Carl and Jeri Goldman (pictured with Dave Caldwell), KHTS Station Owners and our sponsors for the event. We thanked them for the outstanding accommodations and planning. Carl expressed interest in making it a tradition annually. Thanks Carl and Jeri!

For those that wanted a little something to nosh on, we enjoyed more food and treats from the wide array of food trucks that were in attendance.
We also scored big when we found a booth that was giving away ice cream bars, chocolate drumsticks to be exact…further proof that it was a perfect afternoon.i9